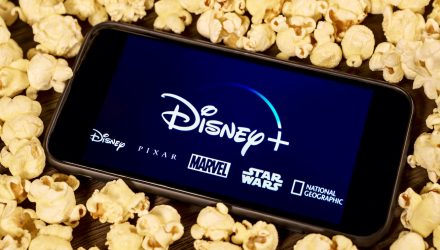 Disney Gets A Post-Market Pop From Disney+ Subscriber Boost

Former CEO Bob Iger had mentioned then that about 20% of those subscribers came through a distribution partnership with Verizon, which is giving it’s customers a free peak at Disney+ for as much as a year.

After trading mostly sideways for the day session, shares of Disney surged roughly $8 or more than 7% on the news in the after-hours trading session.

Disney+ rolled out in the U.K, Ireland, France, Germany, Italy, Spain, Austria, and Switzerland in the past two weeks, and also launched in India last week, according to the company.

While Netflix and Disney Plus are both on-demand streaming services for watching TV shows and films, NFLX has been the one to overcome for any new challenger to the arena with a massive 140 million subscribers worldwide and an extensive content library, which Disney+ is still looking to expand.

In addition, competition from a number of other streaming services online such as Hulu, HBO Go, Amazon Prime Video are rounding out space, none have been able to carve out quite as much of the market as Netflix, which has become a home for original drama, comedy specials, kids’ TV and animation, and a wide range of other genres.

But with Disney+ making inroads based on the mandatory quarantines currently in place in many states related to coronavirus, people are spending more and more time online.

Nielson reported that Americans increased their online streaming by 22% or 156 billion minutes of time spent online for the week of March 16th, which was more than double the prior week. This was when the coronavirus, which has now expanded to more than 1.5 million cases worldwide and nearly 90,000 deaths.

The iShares US Consumer Services ETF (IYC) and the Invesco Dynamic Leisure and Entertainment ETF (PEJ) both have healthy allocations of Disney for investors looking at ETFs to trade the company.