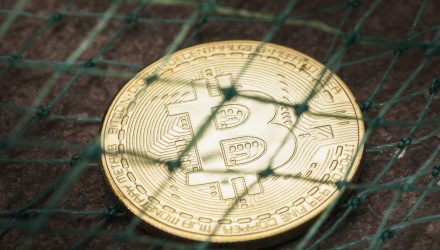 Yellen Puts the Damper on Bitcoin Viability Amid a Volatile Surge

With Bitcoin sliding on Monday after surging Sunday night, Treasury Secretary Janet Yellen admonished investors about the pitfalls that Bitcoin creates for both investors and the general public, even as many see the crypto as a viable digital currency.

After failing to hit the $60,000 level, the notoriously volatile cryptocurrency continues to trade above $53,300. Tesla recently made a major purchase thanks to supporter Elon Musk, and the automaker has said it will accept Bitcoin for transactions.

However, Yellen expressed key concerns over the cryptocurrency’s volatility and longevity as a real currency.

“I don’t think that bitcoin … is widely used as a transaction mechanism,” she told CNBC’s Andrew Ross Sorkin at the New York Times’ DealBook conference. “To the extent it is used I fear it’s often for illicit finance. It’s an extremely inefficient way of conducting transactions, and the amount of energy that’s consumed in processing those transactions is staggering.”

The energy Yellen is referring to is the mining of Bitcoin, which demands that users to solve complex mathematical equations using high-powered computer setups. The process has a huge electric demand, generating an annual carbon footprint equal to the nation of New Zealand, according to Digiconomist.

In addition to consumption concerns, Bitcoin also is considered highly speculative and is a popular vehicle for illegal activities because its use is challenging to track, something that has also deterred the SEC from approving a Bitcoin or crypto ETF.

“It is a highly speculative asset and you know I think people should be aware it can be extremely volatile and I do worry about potential losses that investors can suffer,” Yellen said.

“I think that there are criminal investigations that have taken place that I’m sure will continue to take place that demonstrate it very clearly,” ECB president Christine Lagarde told Reuters in January.

While there is now some debate over whether a new digital currency should be promoted, many still favor traditional assets like gold.

“So where does bitcoin sit in the economic cycle? During periods of economic uncertainty and dollar weakness, Bitcoin is likely to benefit in the same way as gold. If bitcoin’s financialization continues, it will be unable to remain insulated from the financial system.”