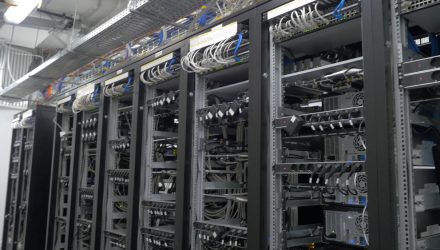 New data from the Cambridge Centre for Alternative Finance (CCAF) shows that the U.S. now produces the leading share of the Bitcoin network hash rate worldwide.

According to the CCAF, 35.4% of the computational power used to mine bitcoin — or hash rate — now comes from the U.S., a major uptick from just 16.8% in April.

Mining power has increased in the U.S. as a direct result of China’s crypto crackdown, which forced the majority of Chinese bitcoin mining operations to relocate, primarily to the U.S., Kazakhstan, and the Russian Federation.

Prior to the crackdown, China accounted for somewhere between 65% and 75% of global bitcoin production. At present, there are “effectively” zero declared mining operations in China.

May and June saw a 38% decline in the global hash rate as Chinese bitcoin miners were put out of business in their home country. However, the 20% rebound in July and August suggests that many Chinese bitcoin mining operations were able to relocate quickly.

China’s crackdown has led to many bitcoin mining firms spreading out their operations to protect against another unexpected crackdown on crypto.

The rise in the U.S. hash rate indicates that the U.S. has successfully wooed overseas bitcoin miners, with many states implementing crypto mining-friendly policies.

Crypto-friendly policies and cheap electricity seem to be the most important factors for relocating bitcoin miners. Because of this, states like Texas, which has some of the world’s lowest energy prices as well as a number of pro-crypto leaders, have emerged as ideal locations. Wyoming, Washington, and Kentucky are also particularly miner-friendly.

Kazakhstan, on the other hand, may only be a temporary mining hub, according to CNBC. New legislation from Kazakhstan’s president will introduce new taxes for miners in 2022.