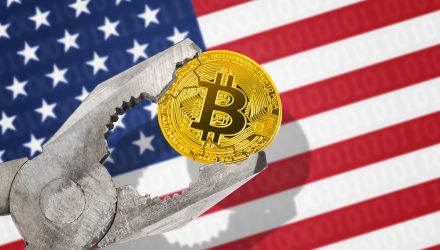 For years, China has been the hub for Bitcoin mining, accounting for an estimated 65%-74% of global Bitcoin production every year. Chinese officials, however, have begun to crack down on bitcoin mining in the past few months, citing Bitcoin’s environmental toll as their main reason for concern.

To many miners, the United States may be an ideal place to relocate.

Energy, at least in certain states, is relatively cheap. What’s more, the U.S. has a much more stable political climate than many Asian and Middle Eastern countries with similarly cheap energy.

Some U.S. states are even implementing policies to support crypto miners in the hopes of boosting their local economies.

In March, the Kentucky state legislature approved a pair of laws offering tax breaks to crypto miners. Senate Bill 255 and House Bill 230 were both signed by Kentucky Governor Andy Beshear on March 25th 2021. The former bill will extend clean energy-focused incentives to miners investing at least $1 million in crypto mining equipment, while the latter will remove sales tax obligations from electricity purchased for crypto mining.

Beshear and the Kentucky state legislature hope attracting crypto miners will increase business revenue and job opportunities for Kentuckians left behind in a manufacturing exodus.

Meanwhile, Mayor Francis Suarez of Miami, Florida has recently announced that his administration is talking to Chinese mining companies about relocating to the city, highlighting Miami’s large supply of cheap nuclear energy.

Suarez has said he is working with Florida Power & Light Company to drive down the price of energy in Miami even further, and is considering creating enterprise zones – that is, areas with particular tax concessions and scaled-back regulations – specifically for crypto mining.

Texas is another ideal destination for crypto miners due to its cheap electricity and crypto-friendly political environment.

The Texas Department of Banking announced in early June that state-chartered banks are now allowed to store crypto assets on behalf of clients. The Texas state legislature also passed a bill amending the Texas Uniform Commercial Code to add “virtual currency,” establishing a legal framework for cryptocurrency investing in Texas.

Wyoming has a similarly cheap energy mix and is in the midst of adopting multiple crypto-friendly policies.

Because of Wyoming’s wave of crypto friendly policies in the past few years, many crypto companies have recently moved their headquarters to Wyoming’s capital, Cheyenne, including crypto exchange Kraken, one of the world’s largest.