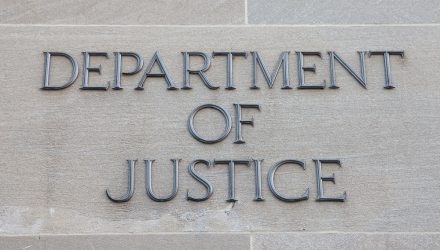 Deputy Attorney General Lisa Monaco announced at the Aspen Institute Cyber Summit yesterday the creation of a new taskforce aimed at the crypto space. The National Cryptocurrency Enforcement Team will focus on crypto platforms being used for illicit activities, going after individuals that are using the platforms for money laundering and cyber crimes.

The Justice Department has already shown its dedication to enforcement within the crypto space in going after the Darknet-based Bitcoin mixing service Helix in August. By taking the initiative and creating the enforcement team, Monaco said she hopes to be able to go after the financial systems that have allowed the threats within the space to grow.

“We want to strengthen our capacity to dismantle the financial ecosystem that enables these criminal actors to flourish and — quite frankly — to profit from what they’re doing,” said Monaco. “We’re going to do that by drawing on our cyber experts and cyber prosecutors and money-laundering experts.”

Monaco argues that while the Justice Department historically has focused on protecting securities, it needs to evolve with the technology as systems and sectors move into a digital age. Monaco specifically wants to take a hard look at the exchanges, where much of the laundering occurs.

“Cryptocurrency exchanges want to be the banks of the future. We need to make sure that folks can have confidence when they’re using these systems, and we need to make sure we’re poised to root out abuse that can take hold on them.”

Deputy Attorney General Monaco also announced the civil cyber fraud initiative that would pursue action against companies or government contractors that receive federal funds who fail to report or follow the cybersecurity standards that are in place, as well as protect whistleblowers who bring issues to light.

Monaco has been an active participant and key player within the cybersecurity space for a long time. She was the Homeland Security and Counterterrorism Advisor under President Obama from 2013–2017, and she was one of the main governmental responders to the ransomware attack on the Colonial Pipeline earlier this year; she was part of a taskforce that recovered millions of dollars in bitcoin by the hackers.

“There is a brazenness to the tactics and the techniques from ransomware and digital extortion; these are actions not of a stealthy kind of cat burglar type but really brash, more like the bomb-laden hostage-taker or terrorist,” Monaco explained. “When we think about the types of ransomware attacks we’ve seen and the impact they have on critical infrastructure and potentially life and death, the collateral consequences, what we’ve seen in some of these criminal groups is a seeming disinterest in those consequences.”