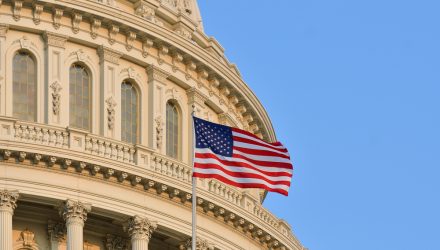 Despite a lot of crypto enthusiasts being fairly keyed in and up-to-date on the SEC and other regulatory agencies’ commentary in regards to crypto, somehow two key provisions that effectively hobble the industry were passed by the House in the $1 trillion infrastructure bill with very little pushback, reports Will Wilkinson of Model Citizen.

The first provision related to crypto contains wording that redefines what “broker” is to include anyone who regularly provides a service that transfers digital assets for another person. The problem with the wording is that because it is so broad, it could technically include node operators, miners, validators, and beyond, all of which have nothing conceivably intentional to do with brokerage.

The issue was flagged in August and saw crypto economy participants of all stripes pushing back on the Senate to change the broad wording to be more specific. Senator Pat Toomey, a member of the Senate Banking Committee, had originally negotiated the wording to be more carefully defined, but that amended language was left out entirely of the final bill.

“It was a procedural problem that prevented us from getting our fix adopted. So, that means we still have the opportunity to fix it,” Senator Toomey told Yahoo Finance in an interview. “We’ll have to do it in subsequent legislation if they pass the infrastructure bill in its current form.”

The second provision wasn’t noticed until almost the eleventh hour and still managed to slip entirely under the radar of most of the crypto world. This provision deals with IRS reporting and says that anyone who is the recipient of more than $10,000 in digital assets has to verify the personal information of the sender: this includes a Social Security number, birth date, address, etc. in addition to sending a signed form to the government within 15 days of the transaction.

The proposal is steeped in an old law from 1984 that was created with the intent of discouraging in-person cash transfers in favor of financial institutions for bigger transactions, explained Abe Sutherland, former White House and State Department lawyer. The big kicker? Failure to complete any part of this process results in mandatory fines and has the potential to be a felony punishable by up to five years in prison.

“The section 6050I proposal would impose onerous surveillance and reporting duties on all Americans, with fines or prison for those who fail (or perhaps are unable) to comply,” wrote Sutherland in an article republished in Bitcoin Magazine in September. “Nominally, the subject of the regulation is ‘cash,’ but it’s not really cash that’s being regulated; it’s people.”

Sutherland was able to raise enough of a stink that it drew the attention of Coinbase’s CEO, Brian Armstrong, who tweeted twice about it, saying that the exchange was looking into the provision’s potential, and then the bill passed less than two days later.

Lessons to Take Away From This Legislation

Section 6050I, while it changes the tax code, is really about trying to force larger transactions on blockchains back to traditional financial institutions, Sutherland believes. Much of the American surveillance system for law enforcement, as well as foreign policy, is enmeshed in monitoring traditional banks. DeFi and the potential for a robust, decentralized marketplace with large financial institutions outside of surveillance and monitoring capabilities are problematic for economic policy and national security today.

Henry Farrell and Abraham L. Newman explained the concept of “weaponized interdependence” in a paper for International Security through MIT Press. “If a state has jurisdiction over the key nodes in an important global network along with appropriate institutions, it can weaponize the network, using it to conduct surveillance or to block others from accessing the network in question.”

In this case, nodes are either individuals or locations, such as banks, within a network that can be monitored and ultimately controlled. Within DeFi and the blockchain economy, the issue is a combination of the lack of control over any of the nodes that exist with the systems and a lack of understanding by and large by politicians about the crypto world.

“If emerging crypto interests want to avoid getting strangled in the cradle, they need to defuse the sense of threat generated by the conflict between financial disintermediation and the state’s reliance on bank-based surveillance and ‘weaponized interdependence,’” Wilkinson wrote.

The crypto world needs to educate policymakers and help them understand what crypto is and work to de-escalate its perceived threat in the eyes of Congress. In short, the crypto economy players need to band together and up their lobbying game if they want to avoid something like this happening again in the future.

“Decentralization is great until you decide it’s time to lobby,” said Dave Nadig, ETF Trends’ Director of Research. “It’s not that the crypto folks didn’t know this was coming, it’s that they were literally powerless to stop it. Like it or not, power in Washington largely comes from playing within the system. The end result is the infrastructure bill largely takes two giant steps backwards on comprehensive, constructive crypto regulation.”