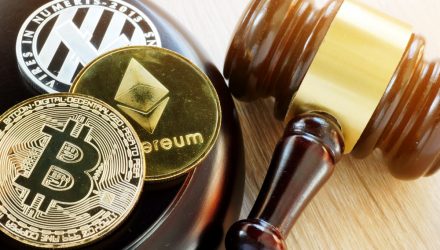 Major crypto exchange Coinbase released a proposal yesterday that urged Congress to create a new agency specifically for the regulation of digital assets.

Faryar Shirzad, chief policy officer at Coinbase, told reporters on Thursday that “A digitally native and dynamic regulator would help ensure that the transformation of the financial system serves as many members of the American public as possible.”

According to the proposal, this “dynamic regulator” would register and supervise marketplaces for digital assets in order to protect against fraud and manipulation and ensure new issuers were disclosing relevant information.

The report says that a new regulator would help to avoid “fragmented and inconsistent regulatory oversight.” The current regulatory landscape is confusing, it says; even worse, it’s “stifling innovation and development of digital asset marketplaces.”

The report goes on to say that “The lack of clear statutory authority and an absence of regulations to oversee this new industry, combined with the inconsistent threat of enforcement actions, leave market participants vulnerable to sanctions and discipline as reward for good faith effort to bring new products to market that benefit the public.”

Lack of clear authority and regulation has significantly impacted Coinbase in recent months, as the company was forced to abandon plans for Lend, a new digital asset product. After Coinbase engaged extensively with the SEC about the product, the regulator sent Coinbase a Wells notice announcing its intent to sue if Coinbase launched the product. According to Coinbase, the SEC had concluded that the product constituted a security, but would not elaborate further.

Coinbase CEO Brian Armstong has said that Coinbase wants to be “an advisor and a helpful advocate” for the “sensible regulation” of digital asset products in the U.S.

Reactions to the proposal have been mixed, according to Market Watch. Todd Phillips, director of the think tank Center for American Progress, told Market Watch that, if implemented, the proposal “would enable many, if not all, public companies to stop issuing stock, start issuing coins and avoid the securities laws.”

While regulators have confirmed that the U.S. has no plans to ban crypto, what regulation will look like for the emerging industry has yet to be determined.