You are at:Home»Crypto Channel»Coinbase to Publish Regulatory Framework for U.S. Policy Makers 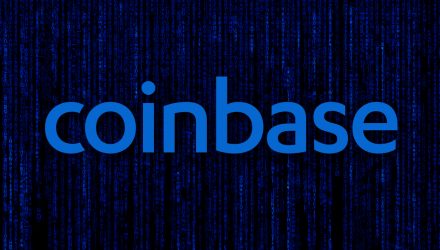 After clashing with regulators last month, crypto exchange Coinbase plans to put out a proposal for a crypto regulatory framework in the next few weeks.

“Coinbase wants to be an advisor and a helpful advocate for how the U.S. can create that sensible regulation,” Coinbase CEO Brain Armstrong said in an interview with TechCrunch on Tuesday.

Armstrong went on to confirm that the company will put out a proposal for crypto regulatory frameworks “at this end of this month, or maybe early next month.” According to Armstrong, he has been asked by “a number of people in government” for such a proposal.

The company made headlines this month after announcing that it had received a Wells notice from the SEC stating the regulators’ intent to sue Coinbase if it went ahead with its plans for Lend, a crypto lending product.

Lend was intended to offer users 4% APY, a higher rate than many banks offer their customers but lower than other crypto lending businesses. Coinbase has said that it communicated with the SEC for months about the launch of the product, a rare move for a crypto company.

Coinbase announced that it was suspending the launch of Lend via an updated blog post about the product, initially published on June 29th of this year. According to the post, hundreds of thousands of customers across the U.S. had signed up for the Lend waitlist, which has since been discontinued.

Coinbase’s announcement that it plans to release proposals on crypto regulation shows the company’s commitment to working with regulators, despite a tweet storm earlier this month in which Coinbase CEO Brian Armstrong accused the SEC of “really sketchy behavior.”

Armstrong said in the thread that the SEC told Coinbase that it considered Lend a security but would not explain how it came to this conclusion. The SEC instead demanded records and testimony from the company, which the company provided, before threatening to sue if the product was launched.

“If we end up in court we may finally get the regulatory clarity the SEC refuses to provide,” Armstrong wrote. “But regulation by litigation should be the last resort for the SEC, not the first.”

SEC Chair Gary Gensler has continually affirmed the need for better crypto regulation, likening the industry to the “wild west,” but has also stressed the enormity of the task, especially considering the regulators’ smaller-than-usual staff and the large number of new crypto products continuously entering the market.