You are at:Home»Crypto Channel»Gary Gensler Testifies Before Senate Banking Committee 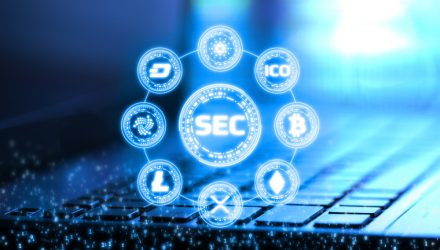 According to a CNBC report, Gensler stressed the enormity of the task as new digital assets continue to enter the market. While some senators expressed concerns about the SEC stifling innovation because of the lack of clear regulatory guidance, others worried about the risk posed by the volatile crypto marketplace.

Gensler again described the current crypto landscape “like the Wild West,” a comparison that Sen. Mark Warner D-Va. did not believe went far enough, saying that he would add an additional “wild” to that description.

Additionally, Gensler reiterated that crypto trading platforms should “come in and talk” to the SEC, given that the agency does view many of the assets on such platforms as securities.

In his testimony, Gensler spoke about the challenges of analyzing over 6,000 new digital assets with a smaller staff than usual and numerous other pressing issues.

Payment for Order Flow Under Fire

One major concern was “payment for order flow,” a practice that the SEC has been reviewing since June.

Payment for order flow is a controversial practice utilized by online brokerages, such as Robinhood, in which trades that customers make on the platform are sold to market makers who then do the work of executing the buy and sell orders.

Payment for order flow is controversial because it may incentivize market makers to inflate the prices they give to customers via online brokerages. Market makers make money off the difference between the price of the shares they buy on the market and the price at which they sell them to clients. Inflating prices increases that difference and generates more income for the market makers.

Some countries, including Canada and the UK, have banned payment for order flow. Robinhood’s chief legal officer has said that the SEC is unlikely to ban the practice. Gensler, however, has indicated that the SEC may consider a ban.