You are at:Home»Crypto Channel»SEC’s Gensler: Crypto Landscape like ‘the Wild West’ 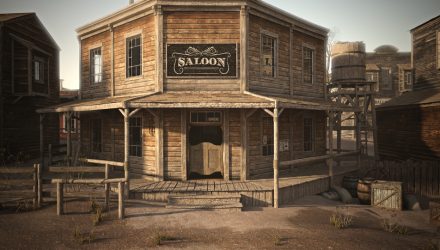 In a recent speech before the Aspen Security Forum, SEC Chair Gary Gensler, speaking for himself and not as representative of the SEC, gave his observations on the lawlessness of the current crypto space and hinted at impending regulations for DeFi and stablecoins, as well as a Bitcoin ETF structure that the SEC would be potentially willing to give serious consideration to.

Gensler spoke about the creation of crypto by the entity known as Satoshi Nakamoto in 2008, noting that during his time at MIT, before he started working for the SEC, he came to value crypto’s creation.

“I came to believe that, though there was a lot of hype masquerading as reality in the crypto field, Nakamoto’s innovation is real. Further, it has been and could continue to be a catalyst for change in the fields of finance and money,” Gensler said.

While at the core, cryptocurrencies seek to provide a private type of currency without an intermediary, Gensler believes that in their current state, they do not fulfill all of the functions of money: a store of value, a unit of account, and a medium of exchange. At best, Gensler argues, cryptocurrencies “are highly speculative stores of value,” that thus far there hasn’t been much use of them as a unit of account, and that when they are used as a medium of exchange, it is often done for illicit purposes.

At its core, the SEC’s primary focus is investor protection. When looking at the current crypto landscape, Gensler said that “I believe we have a crypto market now where many tokens may be unregistered securities, without required disclosures or market oversight,” something that leaves investors both vulnerable and open to price manipulation. SEC staff continues to hunt for and protect investors from “unregistered sales of securities.”

Gensler Hints at a DeFi and Stablecoin Crackdown

Gensler issued a warning regarding decentralized finance (DeFi) platforms. He argued that most DeFi platforms carry on average between 50-100 tokens on them at any given time, and that it would be a very remote chance that any such platform carried zero securities, depending on each individual token’s legal status.

“Make no mistake: To the extent that there are securities on these trading platforms, under our laws they have to register with the Commission unless they meet an exemption. Make no mistake: If a lending platform is offering securities, it also falls into SEC jurisdiction,” Gensler proclaimed.

Stablecoins didn’t escape Gensler’s notice either. He explained that most transactions that are crypto-to-crypto actually use stablecoins as a component in the process. He mentioned that in July, almost 75% of trading that happened on crypto platforms were between a token and a stablecoin. Gensler stated that stablecoins are potentially being used to intentionally sidestep public policy regarding the financial system and traditional banking. As the stablecoins might be investment companies and securities themselves, they would be beholden to the Investment Company Act that provides investor protections.

Finally, Gensler addressed the ETFs that have been put before the SEC. He referenced the investment vehicles with exposure to crypto assets that already exist, the largest of which is the Grayscale Bitcoin Trust (GBTC), with AUM of $25 billion. Gensler  also drew attention to the Bitcoin futures mutual funds that trade on the Chicago Mercantile Exchange (CME).

Gensler seemed to hint that he would look favorably on a crypto ETF filed under 1940’s Act but that adhered to the strict rules of a mutual fund.

Most crypto ETFs before the SEC currently for review have been filed under the 1933 law that allows stock exchanges to list products. Gensler said that he anticipates an ETF filing under the Investment Company Act of 1940 at some point, which provides significant protection to investors.

“Given these important protections, I look forward to the staff’s review of such filings, particularly if those are limited to these CME-traded Bitcoin futures,” Gensler said.