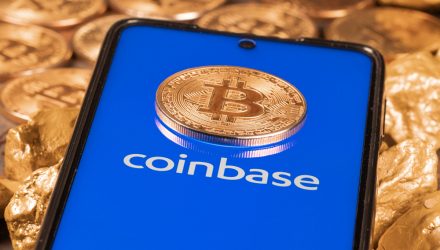 Coinbase Will Not Launch “Lend” Product, Weeks After Receiving Wells Notice From the SEC

Coinbase has decided not to launch its Lend product after the SEC declared its intention to sue the crypto exchange if it went forward with its plans.

Coinbase’s Lend would have been a crypto savings account with around 4% APY. According to the FDIC, the average national APY is 0.04%.

Coinbase announced via a blog post last week that the SEC had sent them a Wells notice in regards to their plan to launch Lend. A Wells notice is a letter from the SEC declaring the regulator’s intention to sue a company.

The blog post says that Coinbase had actively been engaged in dialogue with the SEC for six months prior to the receipt of the Wells notice — something that many companies in the crypto industry do not do when planning to launch new products.

According to the blog post, after engaging extensively with the SEC about the product, Coinbase was told that the SEC “consider Lend to involve a security, but wouldn’t say why or how they’d reached that conclusion.”

According to Coinbase, the SEC made their assessment using two Supreme Court cases, Reves v. Ernst & Young and SEC v W.J. Howey Co., although Coinbase has said that the SEC has not provided the assessment to the company or explained how the cases are being applied to crypto products.

Coinbase announced that it was dropping plans to launch Lend by updating a June blog post about the product on Friday, September 17th.

The updated blog post says that the company continues to “seek regulatory clarity for the crypto industry as a whole” and that they have made the “difficult decision” to not launch the Lend program and discontinue the Lend waitlist.

According to the post, there were “hundreds of thousands of customers from across the country” signed up for the waitlist. The blog post ends by stating that Coinbase “will not stop looking for ways to bring innovative, trusted programs and products” to their customers.

Coinbase shares fell over 5% on Monday, mirroring the broader sell-off in the crypto market.