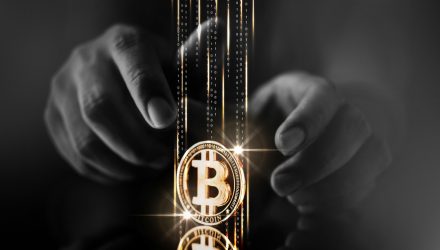 Michael Hsu, acting chief of the Office of the Comptroller of the Currency, told the Blockchain Association on Tuesday that crypto and DeFi may evolve into a threat similar to the credit default swaps that brought about the financial crisis in 2008.

According to Bloomberg, Hsu told the Blockchain Association that “Crypto/DeFi today is on the path that looks similar to CDs in the early 2000s. Fortunately, this group has the power to change paths and avoid a crisis.”

Hsu also said that “Crypto/DeFi solutions to problems in the real economy are rare,” and as crypto goes more mainstream, many users may not be willing to tolerate the risk of crypto products, increasing the risk of panics.

Hsu touched on his concerns about the high-yield savings products offered by many crypto exchanges, asking, “How are the returns generated? It is hard to get straight answers that don’t quickly devolve into cryptospeak.”

These kinds of high-yield savings products have come into the spotlight recently, after the SEC recently threatened to sue Coinbase over its plans to launch such a product. Coinbase has since scrapped its plans for the savings product, which was called “Lend.”

Coinbase said in a blog post that the company had been actively engaging with the SEC about its plans to launch Lend, providing the SEC with extensive documentation and a corporate witness who spent a full day giving testimony about the product.

According to the post, the SEC told Coinbase that they considered Lend to be a security, but would not explain why or how they had made that determination.

Hsu is not the only regulator to express serious concerns about the crypto industry. SEC Chair Gary Gensler repeatedly compared the crypto landscape to the “wild west” and just last week testified before the Senate Banking Committee about the important — and enormous — task of regulating cryptocurrencies.

Some crypto proponents worry that the current lack of clear regulatory guidance will stifle innovation, still others worry that some rules are too restrictive.

Crypto lobbyists have recently pushed back against “restrictive” rules proposed by the Basel Committee, the Financial Times reported.