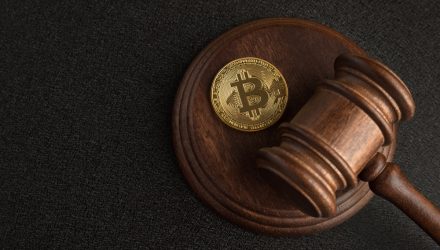 The SEC announced Thursday morning in a public notice that it would begin official evaluation of the Kryptoin Bitcoin ETF Trust.

As with the other two Bitcoin ETFs already being reviewed by the SEC, the Kryptoin Bitcoin ETF has been filed to list on the Cboe Exchange, per CoinDesk.

Kryptoin, a Delaware based company, originally filed an S-1 in 2019, but refiled its application earlier this month, with a few tweaks. Changes to the original 2019 filing included a change from the NYSE to Cboe, as well as the listing of Gemini as its custodian. No custodian had previously been named.

This version of the ETF would trade under the ticker KBTC. Per a press release by Kryptoin, the “Trust is the only application… awaiting review from the SEC that has named all their service providers in the process.”

See also: Kryptoin Refiles its Bitcoin Application with the SEC

Meanwhile, late Friday, NYSE filed a 19-4b with the SEC on behalf of Valkyrie Digital Asset and its Bitcoin ETF application, as also reported by CoinDesk. This kicks off a 45-day period in which the SEC has to approve, disapprove, or extend the review period for the application.

Per the filing with the SEC in January, Coinbase would be the custodian of the Valkyrie ETF. Valkyrie Investments’ chief investment officer Steven McClurg said in an interview with CoinDesk that “this is something that I’ve wanted to do for five years now… it wasn’t until recently that I believed that the SEC would probably approve a bitcoin ETF.”

A decision on a Bitcoin ETF may not be imminent, however; the SEC regulator can extend its review period for a maximum of 240 days before making an official decision on whether to deny or approve each application.

Some investors believe that the SEC might push through several ETF applications at once, so as to avoid favoring any particular one while simultaneously promoting an atmosphere of competition.

Todd Rosenbluth, head of ETF and mutual fund research at CFRA Research, was quoted in an interview to CNBC, saying that “the SEC is less likely to try to pick a winner, we think, as to who comes first and we’re more likely to see them — if they do approve any ETF — to approve multiple bitcoin-related ETFs.”

There are currently eight ETFs before the SEC, but only two other active bitcoin ETFS are under official review, those of VanEck and WisdomTree. VanEck is offering the VanEck Bitcoin Trust while WisdomTree is proposing the WisdomTree Bitcoin Trust. All will deal directly in Bitcoin.