You are at:Home»Crypto Channel»Kryptoin Refiles Its Bitcoin Application with the SEC 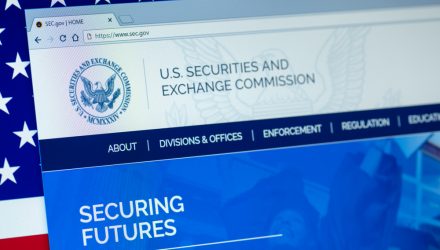 Kryptoin Refiles Its Bitcoin Application with the SEC

As Canada cemented its lead in the emerging cryptocurrency space by approving three Ethereum ETFs last week, major assets managers are looking ahead by filing, or in some cases refiling, for Bitcoin-based exchange traded funds.

Delaware-based investment advisory firm Kryptoin recently became the latest asset management firm to make such a move, last week refiling for a Bitcoin-based ETF with the U.S. Security Exchange Commission. In updating its 2019 ETF application for SEC, the asset manager’s prospectus now indicates that, if approved, the “Kryptoin Bitcoin ETF Trust” would be listed on the CBOE BZX Exchange, as opposed to the New York Stock Exchange.

Kryptoin’s previous application, though unsuccessful, was made well before Coinbase’s direct listing sent renewed jolts of excitement through the crypto market. Canada’s approval of three Bitcoin-based ETFs so far this year has captured issuers’ attentions – as have the early results of their introduction on the Toronto Stock Exchange, with one fund seeing nearly $500 million in assets under management in its first few days trading.

The United States has yet to allow a Bitcoin-based ETF, with the SEC pointing to the Bitcoin market’s vulnerability to manipulation, among other concerns, as its rationale for rejecting all such applications it has received. But increased institutional interest from the mainstream financial industry has led many, including SEC Commissioner Hester Peirce (speaking recently to Barron’s senior writer Avi Salzman), to posit that the crypto market is fast-maturing in such a way that might assuage SEC’s concerns. Expert consensus at the moment points to SEC soon taking a softer position on approving Bitcoin-based ETFs, with many anticipating that the United States will see its first Bitcoin-based ETF within the year.

Kryptoin is among eight other firms to file for Bitcoin-based ETFs, with major players like VanEck, WisdomTree, NYDIG, Valkyrie, SkyBridge Capital, Simplify, and Fidelity also lining up for SEC consideration.