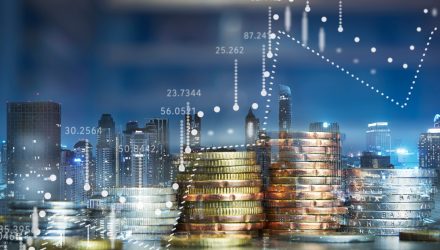 Position limits are predetermined levels of ownerships that prevent investors from using ownership control over a market and prices.

The CME previously doubled the bitcoin futures position limit in 2019, increasing the max position size from 1,000 contracts to 2,000 due to growing demand.

The ProShares Bitcoin Strategy ETF (BITO) launched on Tuesday, seeing a 4.5% increase during its trading debut.

The price of bitcoin rose 4% to $64,214.30 on Tuesday, just under its all-time high of $64,899 in April. Bitcoin futures had an impressive day as well, rising about 4%. ProShares is the eighth-largest ETF provider by assets.

Both BTCFX and BITO invest in front-month bitcoin futures, which are futures contracts with the shortest time to maturity and are therefore the most closely correlated to the spot price of bitcoin.