You are at:Home»Crypto Channel»It’s Not Just Bitcoin: Ethereum Gets Some Love from Musk 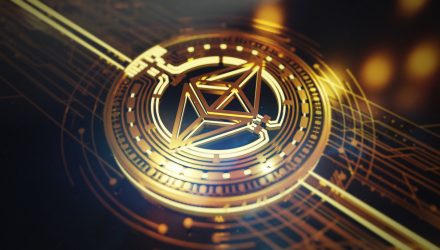 It’s Not Just Bitcoin: Ethereum Gets Some Love from Musk

After a lengthy slide downward, Bitcoin, Ethereum and other cryptocurrencies rallied Wednesday following the B Word conference.

Musk is known for freely discussing Bitcoin and his recent appearance on “Saturday Night Live,” which featured plenty of mentions of dogecoin – a digital coin originally developed as a joke but one Musk helped give mainstream life to. His comments at the conference may have also helped shore up the ailing Bitcoin.

“If the price of bitcoin goes down I lose money. I might pump but I don’t dump,” Musk said. “I definitely do not believe in getting the price high and selling or anything like that. I would like to see bitcoin succeed.”

The Tesla boss sent positive waves through the Ethereum space too, acknowledging at the B Word Conference that he owns the second-largest cryptocurrency as well. Ethereum is the blockchain network that serves as the foundation for the currency known as ether.

Like Bitcoin, ether can be volatile. It’s several years younger than it’s larger counterpart, but it’s also viewed as the first premier play on the still rapidly-evolving decentralized finance (defi) space. One way of looking at ether, and defi in general, is that it’s a long-term play on digital financial transactions with the potential to disrupt myriad traditional financial services ranging from money transfer to loans and more.

With an endorsement, of sorts from Musk, it wouldn’t be surprising to see ether gain wider notoriety among investors.

Investors also do not need mountains of ether to reap big rewards. The trade-off is that even a small allocation to ether can dramatically skew a traditional portfolio’s risk profile.

“Although ether’s generally low correlation with both stocks and bonds helps mitigate the impact of its stratospheric volatility when combined with traditional portfolio holdings, it still doesn’t take much exposure to dramatically alter a portfolio’s risk profile,” says Morningstar’s Amy Arnott. “In fact, even a paltry 2% stake in ether would have more than doubled the portfolio’s standard deviation over the trailing five-year period ended in June 2021.”