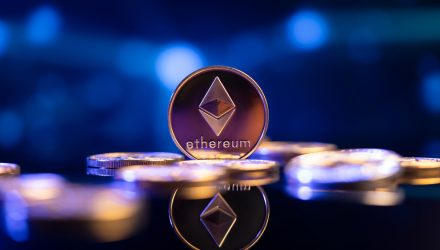 The Evolution of Ethereum

As an asset class, cryptocurrency is still the new kid on the block. Bitcoin, the largest digital asset, has been around since just 2009.

Ethereum is even younger, having made its debut in 2013. Today, it is a credible alternative or even a complement to Bitcoin. It’s the second-largest cryptocurrency and accounts for 18% of all transactions in this space. That’s an impressive run for the asset developed by then 19-year-old Vitalik Buterin less than a decade ago.

A primary advantage of Buterin’s foresight is that he saw some of the blockchain shortcomings created by Bitcoin and sought to fill in those gaps with Ethereum.

“At first, he wanted to achieve this by adding a more advanced scripting language on top of Bitcoin to allow smart contracts processing, but this idea was rejected by the Bitcoin community. Then, Buterin decided to create a completely new blockchain to enable this ‘world computer,’” writes WisdomTree analyst Jianing Wu.

By the end of 2014, Ethereum concluded its first round of funding, raising $18 million in a sale of ether tokens. Today, it has a market capitalization of nearly $213 billion.

Ether Arrives on the Crypto Scene

As Wu notes, the cryptocurrency’s ascent occurred in stages, involving hard forks and planned and unplanned upgrades, with one of the most significant starting in mid-2015 and lasting until March 2016.

“On July 30, 2015, the first version of Ethereum (Ethereum 1.0) was released, called Frontier. It had the two most basic functions: to enable users to mine ether and run smart contracts. The purpose of the initial stage was to get the network started, so miners could set up their mining processes and developers could test their decentralized applications (DApps),” said the WisdomTree analyst.

Today, the cryptocurrency is in the Serenity stage of its development, also referred to Ethereum 2.0. The aim is to to enhance the asset’s transaction capabilities. Currently, the Ethereum network has traffic jams that can limit transaction volume and consume substantial amounts of energy, something crypto mining is being broadly criticized for. Ethereum 2.0 could work past those issues.

“Two of the major upgrades are the shift from proof-of-work to proof-of-stake and the implementation of shard chains which will spread the workload of the network,” adds Wu. “Ethereum 2.0 is envisioned to be more scalable, secure and sustainable, although when (or if) it will ultimately be implemented, and other fallout issues, remain unclear.”