You are at:Home»Crypto Channel»From Expensive Art to Fundraising, NFTs Are Exploding in Popularity 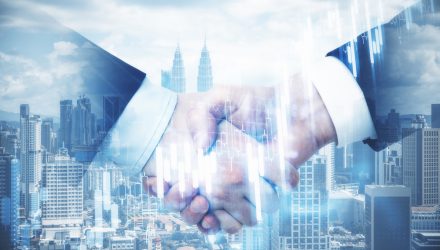 From Expensive Art to Fundraising, NFTs Are Exploding in Popularity

Cryptocurrencies didn’t absorb all the fun of a bull run in 2021, as non-fungible tokens (NFTs) also had a banner year with their popularity exploding.

Fine art and luxury broker Sotheby’s had a record year in 2021. Part of that success was attributed to the growth of NFTs, which saw its demand exponentially expand as the crypto market pushed higher despite ending the year on a sour note.

“The almost 300-year-old auction house reported $100 million in sales off its new NFT category, with first-time bidders flocking to its virtual Decentraland gallery and seeking out Bored Ape Yacht Club and CryptoPunk collectibles, according to a year-in-review report published Wednesday,” Aljazeera reports.

Sotheby’s saw an opportunity and pounced. It launched its own NFT marketplace powered by Web3 technology, giving the broker additional reach in the crypto space.

“The launch of Sotheby’s Metaverse — a web3-enabled NFT marketplace — helped draw a wider audience this year with 78% of NFT bidders at auction being new to Sotheby’s and more than half under 40 years of age, its report showed,” Aljazeera adds. “The sales helped contribute to the company’s $7.3 billion in consolidated sales.”

With COVID-19 forcing social distancing measures across the country, campaigners are using NFTs to raise money when traveling isn’t an option. This way, campaigners vying for state and federal positions can reach potential backers individually.

“A handful of political candidates seeking state and federal offices have jumped on the latest digital bandwagon by offering nonfungible tokens, or NFTs, as part of their campaign fundraising and are promising exclusivity to their donors,” Roll Call reports.

As mentioned, NFTs were an obvious beneficiary of a strong 2021 for cryptocurrencies. That translated into slam-dunk sales of $25 billion by way of an assist from the crypto space.

“NFT sales volume totalled $24.9 billion in 2021, compared to just $94.9 million the year before, DappRadar, said on Monday (January 10),” a Reuters report says. “DappRadar collects data across ten different blockchains, which are used to record who owns the NFT.”

For more news, information, and strategy, visit the Crypto Channel