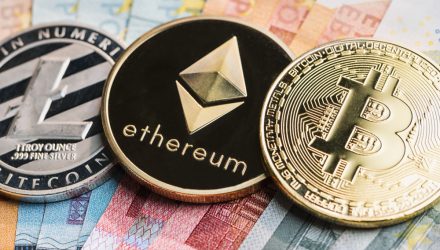 Ethereum, the platform on which the ether cryptocurrency transacts, continues to come of age, and that maturation is leading ether to new highs.

The second-largest cryptocurrency by market capitalization soared to another all-time high on Tuesday amid speculation that a European bond offering will commence on the Ethereum blockchain.

“Bloomberg reported on Tuesday, citing unnamed sources, that the EIB plans to issue a two-year 100-million euro digital bond, with the sale to be led by Goldman Sachs, Banco Santander, and Societe Generale, according to analysts,” reports Reuters.

Should that rumor materialize, it will speak directly to the Ethereum usage case, one that’s rapidly growing, even when measured against Bitcoin. And as has been seen with Bitcoin, as adoption rises, institutional investors will enter the market, effectively leading to reduced supply of Ether. That lower supply is often a catalyst for higher prices.

“The amount of ethereum sitting on exchanges continues to drop lower and has been the lowest in the past year,” Danny Kim, head of revenue at SFOX, said. “With less supply on exchange available, there’s less likely a chance of a major sell-off.”

Late Tuesday, Ether’s market value was nearing $306 billion, or more than triple that of Binance Coin, the third-largest digital coin.