You are at:Home»Crypto Channel»3 Ethereum ETFs Gain Approval in Canada 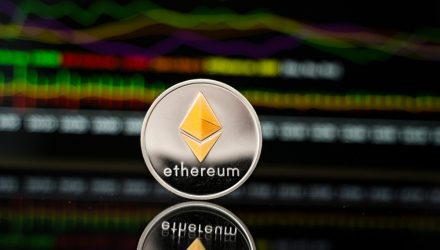 Capping out a week of firsts for cryptocurrencies, Canada approved three Ethereum ETFs last week, which would be the first in the world to hold Ether tokens.

Proposals from Purpose Investments, CI Global Asset Management, and Evolve ETFs all were approved by the Canadian financial regulator and are to begin trading Tuesday, April 20th.

The move follows shortly on the heels of Canada’s approval of the first-to-market Bitcoin ETFs. The first, the Purpose Bitcoin ETF (BTCC), launched in late February and has already amassed over $1 billion in assets.

All three ETFs invest directly in Ether, the cryptocurrency used on the Ethereum network, the most actively used blockchain network worldwide.

The Ether ETF (TSX: ETHR) is waiving its management fee for the first 6 weeks, until May 31, 2021, as per the Evolve ETF website. Afterward, ETHR’s management fee will revert to 0.75%, with Cidel Trust Company as custodian of assets and Gemini as sub-custodian of the Ether holdings.

Meanwhile, CI Global Management is launching the CI Galaxy Ethereum ETF (TSX: ETHX). The firm is working with Galaxy Digital on the fund. Galaxy Digital currently has a Bitcoin ETF application pending before the SEC.

According to CI Global Management, ETHX will charge 0.40%, matching the price tag carried by the CI Galaxy Bitcoin ETF (TSX:BTCX), which is currently the cheapest Bitcoin ETF available.

The third fund, the Purpose Ether ETF, will offer three separate share classes: a class hedged to the Canadian dollar, a non-currency-hedged class, and a share class in U.S. dollars.

“While Bitcoin tends to get a lot of attention as it was the first major cryptocurrency, what Ether and the Ethereum ecosystem represent is one of the most exciting new technology visions today in society,” said Som Seif, CEO and founder of Purpose Investments in a statement on the Purpose Investments website.

Monday, April 19th also saw the launch of another Canadian Bitcoin ETF, the 3 iQ CoinShares Bitcoin ETF (TSX: BTSQ). It is the fourth Bitcoin ETF to trade in Canada.

BTSQ’s all-in cost is capped at 1.25%. According to a 3iQ statement, “at this level, currently the Bitcoin ETF has the lowest published MER [management expense ratio]of any publicly-offered bitcoin ETF in Canada.”

The US currently has 8 pending applications for Bitcoin ETFs, but no approvals as of yet.