You are at:Home»Crypto Channel»BITO Proves to Be a Good Bet on the Future of Cryptocurrency 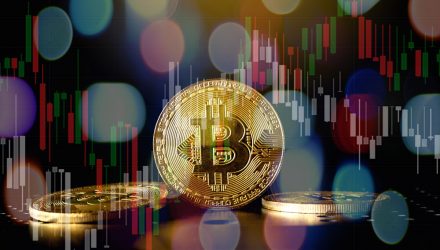 The ProShares Bitcoin Strategy ETF (BITO), the first exchange traded fund focused solely on a cryptocurrency instead of broader crypto exposure, hit $1 billion in trading volume in the after hours of its first day of trading.

Within the first twenty minutes of its launch, the bitcoin futures ETF had already surpassed $280 million in volume, putting it within the realm of top launches from the very get-go, according to a tweet from Eric Balchunas, senior ETF analyst for Bloomberg. In under an hour, the ETF was at $440 million and had become the hottest launch of 2021 and the top launch for ETFs, discounting the ETFs that had seed launches.

By the end of the day, ProShares reported that they had ended trading with $570 million in assets, according to their website.

With over $1 billion in “natural trades,” the demand is high amongst investors. These are all grassroots trades, meaning that they are trades that are happening amongst individual investors, not giant creations that are boosting volume in massive chunks. Sometimes an ETF will launch with a block of assets under management from an institution where there has been a pre-arranged agreement, or else an ETF will go to launch with assets that the issuer is supplying itself using its own money. For BITO, neither scenario was the case.

“So far, BITO is both trading very well (spot on intraday fair value, and with penny-wide spreads), and the CME futures are tracking spot bitcoin pretty much like they have been all year (quite well). This suggests that BITO can be an access vehicle for folks looking for bitcoin exposure through a regulated vehicle,” says Dave Nadig, CIO and director of research of ETF Trends.

So what can we expect going forward for this record-breaking launch for crypto and ETFs overall? As of today, BITO had already hit $200 million in volume in the first fifteen minutes, what Balchunas calls a “good sign” in a tweet. The second day of trading always lags behind launch day for ETFs, as seen earlier in the year with the launches of the ARK Space Exploration and Innovation ETF (ARKX) and the VanEck Social Sentiment ETF (BUZZ).

“I would expect its performance to mirror the front month futures well, and for the contango in the futures to remain relatively contained, as it’s so easy to arbitrage out the difference between bitcoin and that front month contract,” explains Nadig. “The caveat? It’s still a very new fund, and should it continue to gain assets quickly, it could potentially hit position limits that would impact its ability to track as well as it has so far. But that’s a longer-term issue. Short term? It’s doing what it says on the tin.”