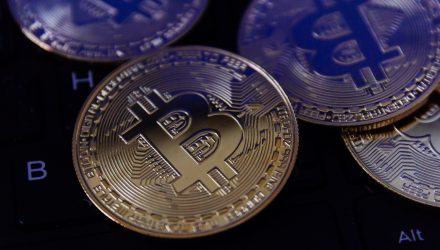 Bitcoin is tumbling on Monday, falling against the dollar after dropping precipitously over the weekend in a flash crash.

The move in the famed crypto was damaging for companies like Tesla, a key holder of Bitcoin, which fell over  4%. Coinbase, which just made its public appearance last week, lost over 3% as well.

“Whenever a headline grabbing asset sees a big decline at a time when the broad market stands at an expensive level, it usually has a negative impact on the stock market even if it’s only short-lived,” said Matt Maley, chief market strategist at Miller Tabak.

Bitcoin’s fall over the weekend terminated a rally that has endured for months, and arrived after Coinbase’s substantial IPO last week, which valued the crypto exchange at nearly $100 billion. Coinbase shares opened lower Monday, losing 1.3% by mid-morning.

One of the cited reasons for Bitcoin’s decline involved “some countries like Turkey making noise about banning Bitcoin as a payment methodology and also talk of further scrutiny by the US Treasury,” said Brad Bechtel, global head of FX at Jefferies.

The crypto market is also becoming increasingly competitive, with countries like China creating a digital yuan. China is playing with the idea of rolling out the currency at the 2022 Beijing Winter Olympics. In addition, the Bank of England recently announced the creation of a Central Bank Digital Currency as well as a task force to explore its uses.

“It’s no secret that the digital yuan is a large part of China’s approach toward challenging dollar hegemony. It’s just a question of how quickly [this will occur], and whether the U.S. government decides to do anything about it,” said Dave Nadig of ETF Trends.

With key tech companies working on their own versions of cryptocurrencies, Bitcoin could also face stiffer competition, according to some analysts.

“Big Tech is also developing their own versions of cryptocurrencies,” said analysts at Action Economics in a note to clients. “All this represents significant future competition for the likes of bitcoin.”

Meanwhile, investors and financial institutions remain optimistic that all the activity will result in the eventual approval of a cryptocurrency ETF.