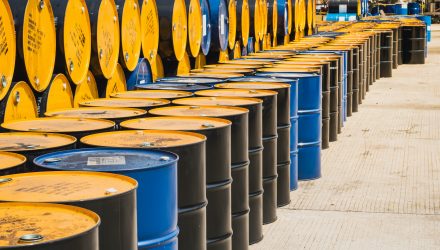 Crude oil prices are losing steam on Monday, after moving higher earlier amid news that Saudi Arabia said it would slash production further.

Oil spiked over $25.50 earlier this morning after news that Saudi Arabia planned to curtail production further in an effort to support global oil markets. However ongoing demand concerns related to the coronavirus pandemic and travel industry problems led to a decline in crude prices, as markets slumped back toward Friday’s lows.

Commencing June 1 Saudi Arabia will slash output by more than 1 million bpd, which aided by the moves agreed to by OPEC and its oil-producing allies, carries Saudi Arabia’s cumulative production cuts to nearly 4.8 million bpd below its April record production level. Production for June will now be 7.492 million bpd.

Saudi Arabia also said that it would scale back May production “in consent with its customers.”

“The Kingdom aims through this additional cut to encourage OPEC+ participants, as well as other producing countries, to comply with the production cuts they have committed to, and to provide additional voluntary cuts, in an effort to support the stability of global oil markets,” a statement from the Saudi press agency said.

Rystad Energy said that with these new cuts, global storage will remain available, easing ongoing fears in the marketplace. “An extra 1.2 million bpd cut will not re-balance the market, but will surely remove strain from the storage infrastructure and buy time to wait for the demand rebound,” said senior oil markets analyst Paola Rodriguez Masiu.

WTI has rocketed more than 50% over the past week as shelter-in-place restrictions are loosening, driving optimism that demand for oil may have bottomed, as consumers begin to leave their homes and purchase more fuel. Jeff Kilburg, CEO at KKM Financial, said the selling last Wednesday and possibly today, could be simply the result of investors locking in gains after a massive run-up in oil.

“Crude oil volatility persists and after a nearly 100% sensational move higher (off of $14 on 4/29) WTI is incurring some profit-taking,” Kilburg said. “Additionally, the demand for crude remains quite opaque as re-openings of economies globally occur,” he added.

Investors looking to use ETFs to buy a pullback in oil can continue to look to the Invesco DB Oil Fund (DBO) or the ProShares Ultra Bloomberg Crude Oil (UCO), which have been making gains lately amid the oil run-up.