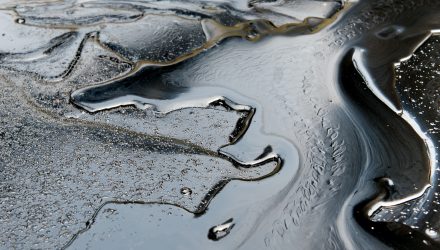 Crude oil and the energy complex is showing considerable gains Tuesday, as oil output is expected to drop once again, boosting energy stocks and ETFs.

Oil prices advanced on Tuesday to close to three-month highs in anticipation that key producers will decide to extend output cuts during a video conference scheduled for this week.

West Texas Intermediate crude oil continues to climb higher, up just over 3% on the day, while heating oil and RBOB are advancing as well, up 5.92% and 4.09% respectively, helping to boost energy stocks like Exxon Mobile and Chevron, which are more than 1% higher today as the rest of the stock market is mixed.

Released last week, the latest numbers from the Energy Information Administration reveal the continuing fallout for oil producers as stay-at-home orders stemming from the coronavirus outbreak have resulted in sinking fuel demand. Still, new data is due tomorrow, and some analysts see the market as bottoming out as travel gradually upticks, and states continue to permit businesses to reopen.

“Most likely, OPEC+ could extend current cuts until Sept. 1, with a meeting set before then to decide on next steps,” said Citi’s head of commodities research Edward Morse.

Under the original OPEC+ plan, the cuts were scheduled to continue through June, scaling back to a curtailing of 7.7 million bpd from July to December, although Saudi Arabia has been championing the deeper cuts to remain in place for some time sources said.

“The marked price increase in recent weeks is bringing back crude production that was shut-in, triggering the unloading of oil stored on tankers and weighing on refinery margins,” he said.

The unprecedented production cuts have allowed the oil market to rebound from seeming disaster. Oil prices have climbed out of negative territory in April to trade more sure-footedly in the mid-$30 per barrel region.

An extension would stymie another sharp drop, although it’s not clear if it helps push oil prices higher from their current levels. “The fact that crude…prices have not reacted much to the news of the potential cut extension can be seen as a sign that the market has already priced in a lot of optimism,” JBC Energy analysts said in a note.