You are at:Home»Featured»Crude ETFs Soar as OPEC Production Plummets 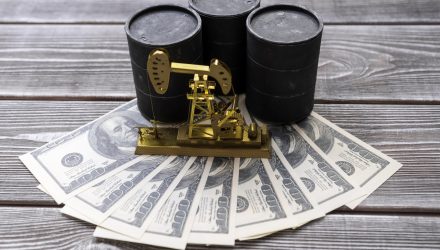 Crude ETFs are gaining ground for a second day in a row, as energy complexes climb amid news that OPEC’s crude oil production fell by 650,000 barrels per day (bpd) in February, the cartel’s Monthly Oil Market Report (MOMR) showed on Thursday.

According to secondary sources, which OPEC considers lawful for measuring production and compliance, total oil production averaged 24.85 million bpd in February 2021, a decline of 650,000 bpd compared to January.

The MOMR revealed a fall in net production arrived even as regional oil production increased thanks to Iran, Libya, and Venezuela, three OPEC members exempted from the OPEC+ cuts. In addition, the biggest output boost came from Nigeria, which broadened production by 161,000 bpd to 1.488 million bpd.

Nigeria is Africa’s top oil producer, but has been challenged to achieve compliance with the OPEC cuts. The African nation saw its production climb last month after ExxonMobil lifted an ongoing force majeure on the Qua Iboe crude oil export terminal at the end of January.

The news sent West Texas Intermediate crude oil climbing by over 2% on Thursday, gaining $1.34 a barrel to reach $65.79 as of just before 1PM EST. WTI’s recent high was just under $68 per barrel.

The latest rise in oil has continued to lift crude ETFs like the United States Oil Fund (USO) and the ProShares Ultra Bloomberg Crude Oil (UCO) too.

Last week, the OPEC+ group surprised the market by deciding not to lift production from April, leaving only small exemptions to non-OPEC producers Russia and Kazakhstan.

The move has irked consumers, who obviously prefer lower prices.

India, for instance, has been vocal about its discontent with the OPEC+ cuts, repeatedly requesting that the cartel reconsider the cuts, and warning that climbing oil prices would threaten its economic recovery.

The Organisation of Petroleum Exporting Countries is supposedly seeking a ‘fair’ price for its crude, according to comments from Saudi Arabia’s Foreign Minister, Prince Faisal bin Farhan this week after a meeting with his counterpart from Russia, Sergey Lavrov.

“I would like to assure that we and Russia would like an oil price which is fair to consumers and to producers,” bin Farhan said, adding, “This is what OPEC+ looks to achieve and there is good coordination in this initiative and we continue in working to support what benefits the global economy.”

“We have asked companies to aggressively look for diversification. We cannot be held hostage to the arbitrary decision of Middle East producers. When they wanted to stabilize the market we stood by them,” a government source told Reuters this week.