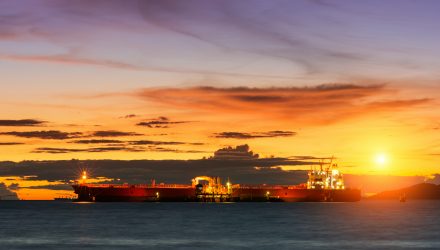 After a nearly $10 run-up from last month, crude oil prices tumbled almost 4% on Monday as anemic economic data from top oil consumers, China and the United States, coupled with increased crude output from OPEC producers, generated worries that there will be a fall in crude oil demand and a surfeit of oil.

Chinese manufacturing data “was below expectations. There are concerns that it is a function of Covid,” said Bob Yawger, head of the futures division at Mizuho Securities.

Analysts expressed crude oil concerns related to China’s manufacturing data, noting its impact on the world recovery from the pandemic.

“China’s been leading economic recovery in Asia and if the pullback deepens, concerns will grow that the global outlook will see a significant decline,” said Edward Moya, senior analyst at OANDA.

“The crude demand outlook is on shaky ground and that probably will not improve until global vaccinations improve.”

China’s factory activity growth fell dramatically in July as a result of a contraction in demand for the first time in over a year, a survey showed on Monday.

“The complex is reacting pretty strongly from the more bearish economic data from China and the U.S.,” said John Kilduff, partner at Again Capital LLC in New York.

The more fragile parts of the private survey, which related to export-oriented and small manufacturers, generally were on par with those in an official survey released on Saturday.

“China has been leading economic recovery in Asia and if the pullback deepens, concerns will grow that the global outlook will see a significant decline,” said Moya.

U.S. manufacturing activity also revealed some fragility. The growth rate slumped for a second consecutive month as spending rebounded from goods to services, and shortages of raw materials continued, according to data from the Institute for Supply Management (ISM).

The ISM’s index of national factory activity dropped to 59.5 last month, the lowest reading since January, from 60.6 in June.

It was not all bad news for crude traders and investors however, as short ETFs like the ProShares UltraShort Bloomberg Crude Oil (SCO) saw gains as high as nearly 7% Monday.

In addition to economic data, a Reuters survey found that oil output from the Organization of the Petroleum Exporting Countries (OPEC) climbed in July to its highest level since April 2020.

The coronavirus has been sparking concerns about renewed restrictions and mask mandates, which could affect crude oil as well. But for now, the United States will not lock down again to prevent the spread of the virulent delta variant of the coronavirus, but “things are going to get worse” as the Delta variant drives a spike in cases, mostly among the unvaccinated, President Joe Biden’s chief medical adviser Anthony Fauci said on Sunday.

Oil has “given back some of last week’s gains in response to weaker China data and continued worries about the spread of the delta variant,” said Ole Hansen, head of commodities research at Saxo Bank A/S. Crude has settled into a range “with delta demand worries offsetting the current tight supply outlook.”

Finally, in other news, the United States and Britain on Sunday said they believed that Iran was responsible for Thursday’s attack on an Israeli-managed petroleum products tanker off the coast of Oman, which killed a Briton and a Romanian, and the countries agreed to work with partners to respond.

While crude has fallen slightly from its recent highs, some technical analysts are still supportive of more upside.

“Technically, WTI is attempting to breach the trendline resistance as indicated on the chart below. A successful try may open the door for further upside potential with an eye on 76.50 – the 161.8% Fibonacci extension and the previous high. An immediate support level can be found at $73.26 – the 127.2% Fibonacci extension,” wrote dailyfx.com strategist Margaret Yang.

“The MACD indicator formed a bullish crossover above the neutral midpoint, suggesting that near-term momentum may have turned positive,” Yang added.