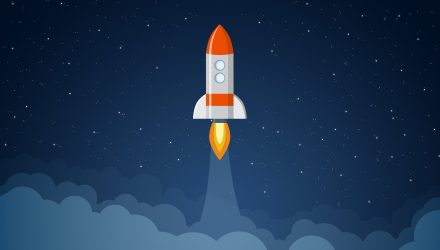 There is exciting news this week for space fans and investors interested in the space domain. Elon Musk’s SpaceX is “shooting for July” to launch the first orbital spaceflight of its Starship rocket, according to comments from SpaceX president Gwynne Shotwell on Friday.

“I’m hoping we make it, but we all know that this is difficult,” Shotwell said, speaking at the National Space Society’s virtual International Space Development Conference.

“We are really on the cusp of flying that system, or at least attempting the first orbital flight of that system, really in the very near term,” Shotwell added.

The trailblazing space program has engaged in multiple short test flights of Starship prototypes recently year, but reaching orbit would be a key milestone in testing the rocket. In May the space pioneer unveiled its schedule for the flight, which would launch from SpaceX’s Texas facility and target a water landing off the coast of Hawaii.

The prototypes are massive, reaching almost 160 feet high, or roughly the size of a 16-story building, and are constructed of stainless steel. The rocket initially blasts off from a “Super Heavy” booster, which represents the bottom half of the rocket and is about 230 feet tall.

Together, Starship and Super Heavy will be almost 400 feet tall when joined together for the launch. Starship’s designated role is to ferry cargo and people on missions to the moon and Mars.

While SpaceX’s fleet of Falcon 9 and Falcon Heavy rockets are ecologically friendly, given their partially reusable nature, Musk’s goal aims to convert Starship into a fully reusable state, creating a rocket that is closer to a commercial airplane than the more conventional expectation and includes short turnaround times between flights.

“I don’t think that people really have even comprehended what that system is going to do,” Shotwell said.

She emphasized that Musk is pressured to find a solution, and “feels in a huge hurry” to develop Starship and create “a sustaining capability that will take people to the Moon and Mars.”

“That means it’s not one ship every two years, right? We have to be able to fly dozens of ships during the timeframe when you can get people to Mars,” Shotwell added.

In a tweet this week, SpaceX said its team would take “additional time for pre-launch check-outs.”

Two customers with satellites on the mission said Monday was a tentative new target launch date for the mission, which SpaceX calls Transporter 2.

A Close Encounter With ETFs

Approximately 80 percent of companies in the index derive the majority of revenues directly from their involvement in the space industry, enabling investors to potentially capture this growing segment of the global economy.

In addition to offering a variety of space-related sectors, UFO also offers a diverse country breakdown. While the United States contains the largest share of involvement in space-related industries, other countries like France, the United Kingdom, Australia, Japan, Canada, and Italy round out the breakdown.

“The space industry is one that is still fairly new as far as corporations and the commercial viability of companies in space go,” Andrew Chanin, co-founder and CEO of ProcureAM, stated previously on CNBC. “Although there might be private companies that are working on new technologies, it’s really difficult to get access unless you’re an extremely affluent investor,” Chanin added.

ARK Space Exploration ETF (ARKX) is another space-related ETF to consider. ARKX delivers the diversity investors should be looking for in the final frontier, providing access to multiple industries with space exposure. Research confirms a diverse approach that goes beyond space tourism could pay off for long-term investors.