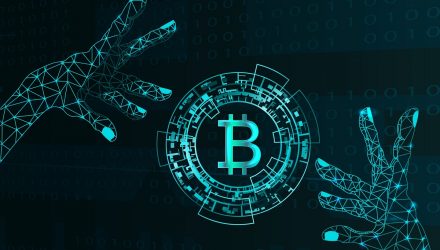 Bitcoin succeeded in retaking the $10,000 barrier late last week, only to go on past $11,000 within 24 hours. The notorious cryptocurrency, known in some spaces as digital gold, crossed the $11,000 mark on Monday to hit a 15-month high amid the hype over social media giant Facebook and its latest cryptocurrency offering. Overall, Bitcoin is up 170 percent for the year to help erase memories of its precipitous crash last year after reaching $20,000 in late 2017.

One analyst explained how the ‘halvening” or supply cuts, could be linked to Bitcoin’s rapid ascension.

Brian Kelly, Founder & CEO of BKCM LLC, a digital currency investment firm, explained on CNBC, “You’re actually starting to see real buyers coming in. We talked about it when it was closer to $5,000 or $6,000 and actually even in the $4000’s, that what you’re seeing is that we have a supply cut coming in 2020. You generally see a rally one year before and one year after. So right on cue, here comes Bitcoin rallying.”

Other analysts tend to agree.

“What I think might be happening is an anticipation of a coming supply shock in 2020,” Alyse Killeen, managing partner of StillMark Capital told Bloomberg, a financial newswire. “In 2020 we’ll have just half the daily supply of bitcoin that we do now.”

Despite his affirmation that supply cuts could drive the cryptocurrency higher, Kelly admonishes intrepid investors that Bitcoin is not without risk.

“The one thing I would say to everybody: we are now up almost 200% for the year, one hundred and seventy-some-odd percent. Remember, this is an extremely risky asset class. Even in 2017 when Bitcoin was up 1000%, you had months where it was down 30%, 40%. So if you’re buying at the highs, recognize you’re buying at the highs and you might be able to take something,” Kelly cautioned.

Kelly notes that while Bitcoin is certainly not a traditional safe haven asset, as many purport it to be, it nevertheless offers substantial opportunity to savvy investors.

“The investment thesis is that it’s going to be digital gold. And as people need to buy into, that is going to be the investment case. It is not a ‘safe haven’. It is 100% volatility. It is the most volatile asset class out there. So you have to exercise a little bit of caution with it. But there is an investment thesis that this could disrupt gold. And if this disrupts gold, you’re talking about prices that will exceed the last bull market,” Kelly explained.