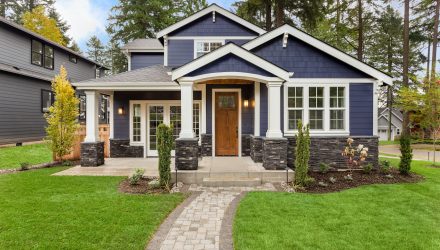 Could Housing Market ETFs Could Suffer Further Declines This Year?

With the novel coronavirus affecting all areas of life healthcare to travel, the latest prediction is that the economic fallout from the pandemic will cause a drop in housing prices.

Home prices have only sold off nationally on once occasion the Great Depression, which was after the subprime mortgage crisis and the Great Recession roughly a decade ago. Now, just roughly eight years after reaching a trough and undergoing an explosive recovery, prices are projected to drop nationally again, falling 2-3% this year, according to Zillow.

What makes this time different from the past, however, is that the housing market fundamentals are much more robust the company says.

The real estate listing company also predicts a precipitous 50-60% decline in home sales, which would bottom by the end of this spring and recover at a pace of about 10% each month through 2021.

“Housing fundamentals are strong — much more so than they were leading into the Great Recession — and that bodes well for housing in general,” said Svenja Gudell, Zillow’s chief economist. “Despite the difficulties, we’re seeing several signs that there is still a good amount of demand for housing, and buyers, sellers, and agents are growing more comfortable moving transactions forward where possible.”

Gudell credits rapidly evolving technology as allowing buyers a chance to shop for and purchase homes from a distance during the coronavirus pandemic.

Home prices plummeted more than 27% throughout the United States during the Great Recession, from their peak in 2006 to the trough in 2012, according to S&P Case-Shiller Indices, causing even more damage in some fo the nation’s largest cities, such as Miami and Philadelphia, which fell even harder. In contrast, by February of this year, prices were 15.5% higher than the 2006 peak and up over 59% from the 2012 trough.

Although housing prices may not reach Great Recession levels, Zillow’s forecast includes a 25% chance of a more brutal scenario in which prices would slip 3-4% with no recovery until the end of 2021.

Other analysts agree. In late March, economists at Capital Economics projected home prices would drop 4% from top to bottom by early 2021, followed by a flatline in prices.

Housing market ETFs like the iShares U.S. Home Construction ETF (ITB) and the Direxion Daily Homebuilders & Supplies Bull 3X Shares (NAIL) would likely suffer in the event of a decline, but it is still unclear by how much.

“Much uncertainty still exists, particularly with some states beginning to reopen and experts warning of a possible second wave of the coronavirus in the fall,” Gudell said in a statement.