You are at:Home»Core Equity Channel»What Should Investors do with Money if a Recession Actually Occurs? 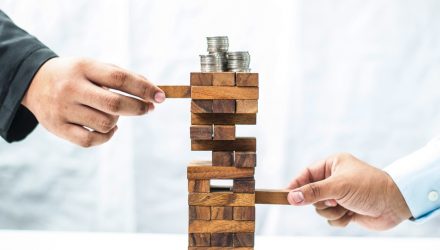 What Should Investors do with Money if a Recession Actually Occurs?

Ian Young August 22, 2019
After another tumultuous day Tuesday, only to rebound back Wednesday, the U.S. markets appears to be in a back and forth motion since it first sold off back in late July after comments from Fed Chair Jerome Powell. The word recession is being tossed around quite a bit these days, but what should investors do with their money if a recession actually occurs?
David Tice, the founder of David W. Tice & Associates, LLC said on CNBC, “Well there’s certainly a lot of unrest to the market here Michael, that it’s certainly possible that we could rally another 6-9 months, because we have Trump that does not want to see the market go down in front of the election, and we have Jerome Powell who seems to be on the side of trying to keep the market up. However, we have so many excesses and imbalances. We have Europe entering a recession. We have Germany, who I think has officially entered a recession. We have the European banking system in terrible shape as is the Japanese banking system. The big question is is the US in a recession or about to enter one? That’s really the $64 trillion question. And I would have to say I think were either there or within two months away from that.”
Tice believes that there is a plethora of global instability and weakness right now, which could infect the United States, given that it already hasn’t.
“Well we’ve seen some slowing in the consumer, some of that’s been up and down. Obviously the employment numbers are lagging. We’ve seen industrial production be very weak. We’ve seen real estate prices are in the client in a number of markets around the country. I’m very very worried about Europe and Asia, where the declines are significant. We have global auto sales that are down 6.4% so far this year. We have the banking system in horrible disarray due to the fact that we have between 15 and $16 trillion of sovereign debt that’s now yielding negative rates. That shows how much trouble this whole system is in,” Tice explained.
While the stock market seems like a scary place right now at times, Tice still doesn’t advice fighting it, as there could be more upside. Instead he advocates looking at Treasurys for diversification and protection.
“It is dangerous to be short right now for the individual investor, and I think the 10 year or 30 year Treasury bond makes a lot of sense,” Tice said.
Over the past month, the PIMCO 25+ Year Zero Coupon US Treasury Index ETF (NYSEArca: ZROZ) advanced 19.3%, Vanguard Extended Duration Treasury ETF (NYSEARCA: EDV) gained 17.2% and iShares 20+ Year Treasury Bond ETF (NASDAQ: TLT) increased 12.1%. Meanwhile, yields on 30-year Treasury notes slipped to record lows of 1.92% mid-Thursday. These are all potential opportunities for ETF bond investors.
For more investing trends, visit ETFtrends.com.