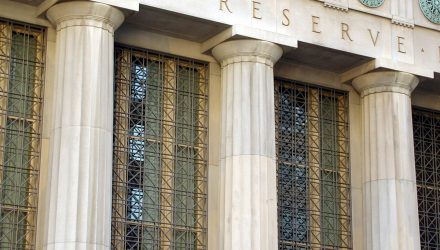 Ian Young September 4, 2019
With the global economy stagnating, Brexit looming on the horizon, an ongoing trade war with Beijing, and an economic slowdown from China that has sent reverberations throughout emerging market economies, which have seen a decline in exports, experts are now split on whether or not the Fed should raise interest rates, as they try to gauge the state of the economy.
At least one expert believes the Fed should continue its judicious approach to rate cuts, claiming the economy is more robust than many believe.
“If the Fed is going to let the market dictate what they’re going to do, they shouldn’t even be on the Fed board. For god sake‘s look at the economy; look at the interest rates; look at where unemployment is; look at what the consumer is doing. The market is being toiled with by traders, not investors. So the bottom line is: companies are making a lot of money; their cash flow is huge. Their buybacks are huge. Their dividends are increasing. Everything is there, but you can’t have the stock market or the bond market dictate what’s going to happen with interest rates,“ said Neil Hennessy of Hennessy Funds on CNBC.

What’s The Fed To Do

“Yield inverted for what 10 minutes because traders inverted it. It went back-and-forth. The reality of the world is that we haven’t seen in our lifetime interest rates this low, companies doing this well, and the economy continually being strong in the face of the headwinds that we have been facing. And if you look at it really were just recycling every headline,” Hennessey added.
Like the president, other experts feel that the Fed should be even more hawkish, and cut rates quickly to stem any economic issues that are likely to arise.
“The reason the Fed should go more is the markets are basically telling us they should go more. And I hear Neal’s point about the Fed basically always kowtowing to what markets want. But I argue one that’s been the case for a long time. If the Fed doesn’t move more aggressively, markets will basically force them to do so, as what happened last December and early this year,” Joe LaVorgna, Natixis chief economist explained.
While the Fed cut rates by 25 basis points in July, despite steady economic growth, LaVorgna champions more hefty cuts.
Related: Smart Beta Could Help Ease the Fed Rate Guessing Game
“So I’d like to see them go 75 this month. I know they’re not gonna do it. Why? Because the fed funds rate is 2 1/8 and the 10-year note is below 150, and even 50, unless they pledge to do a lot more, 50 won’t do it. And I’m worried they’re only gonna go 25, they’re going to send them next message as your segment is highlighting and will be sitting here wondering if inter-meeting or cutting in October,“ said LaVorgna.
While there is much debate about where the markets are headed, if the stocks are poised for a rocky ride ahead, traders can take advantage of market oscillations with leveraged S&P 500 ETFs, such as the Direxion Daily S&P 500 Bull 2X ETF (NYSEArca: SPUU), Direxion Daily S&P500 Bull 3X ETF (NYSEArca: SPXL) for gains and the Direxion Daily S&P 500 Bear 1X ETF (NYSEArca: SPDN) for declines.
For more market trends, visit ETF Trends.