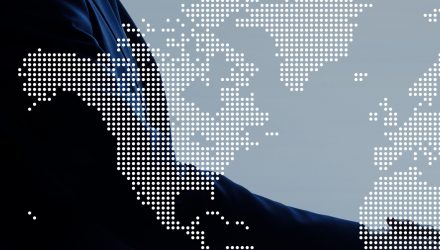 While U.S. markets are reacting Thursday to news that negotiators may be close to a trade deal with China, some analysts believe that trade news may actually have little to do with the markets moving higher.

Markets surged higher today before giving back over half of their gains this morning  on news that the U.S. and China are “very close” to a trade deal.

The Dow Jones Industrial Average, S&P 500, and Nasdaq Composite, all surged higher, some as much as 0.7%, making new all-time highs for the first time since Nov. 27, as President Trump tweeted that both sides were getting “VERY close to a BIG DEAL with China. They want it, and so do we!”

But some analysts believe that the market rally may have more to do with coordinated efforts by the Federal Reserve and banks around the globe, than to do with a potential trade deal.

“I think what the market is really pricing, and put aside the noise around maybe a deal or no deal, which we’ve heard I don’t know how many times this year, is that the market is trying to see through the noise, and see if there’s actually going to be a V-shaped recovery next year when it comes to global economic growth,” said Andres Garcia-Amaya, Zoe Financial CEO on CNBC.

While there has been much fanfare over how a deal with China will affect trade and benefit the economy, the reality is that it may not be as significant as many make it out to be says another expert.

“It won’t matter very much at all economically,” said Derek Scissors, AEI Asia Economist about the trade deal.

“I think what you want to rule out is dramatic escalation, and then if you take that off the table which it seems we are doing today, it would very likely put off the 12/15 tariffs or canceling them. Then really none of this matters. Even if the president were to announce a big deal, and $40 billion worth of purchases, that’s a complete drop in the bucket compared to the US economy. So I mean neutralization of uncertainty from today, if that happens, is a step forward. In terms of announcing a deal, it’s a non-event for U.S. growth next year,” Scissors added.