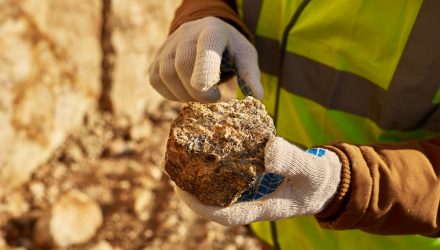 Most investors are familiar with FAANG, the acronym for tech giants Facebook, Apple, Amazon, Netflix, and Google (Alphabet), which has lately lost some of its market performance luster, according to experts. Collectively the group is down nearly half a trillion dollars in market value since each stock’s 52-week high. Google has been the biggest decliner, decaying $173 billion since April. However, there is a new group of stocks that shows a lot of promise, according to one analyst: BAANG.

John Roque of Wolfe Research, feels a group of gold miner stocks which he coined BAANG, consisting of Barrick Gold, AngloGold, Agnico Eagle Mines, Franco-Nevada and Gold Fields, are better bets than the mega-cap FAANG names, which might have reached their peaks and have started losing potency.

“We made this index BAANG in homage to the fading FAANG,” Roque said Monday on CNBC’s “Squawk Box. ” These gold miners are “much like gold. So gold has broken out but it’s still way down from its highs in the 1,900 thereabouts and we think both gold and those stocks have more room.”

Roque favors Canada-based gold miner Franco-Nevada among the equities that comprise BAANG. The stock has rallied nearly 28% this year so far.

Despite a respite in volatility, the price of gold price had been under pressure but continues to hold above $1,400 an ounce as it competes with rising “risk on sentiment in the market place” as U.S. consumers spend more than expected last month, as U.S. retail sales rose 0.4% in June following May’s revised increase of 0.4%, according to the latest data from the U.S. Commerce Department; the data was better than as economists were expecting to see an increase of 0.1%.

Currently gold is trading at roughly $1,427.25 an ounce, on a normal pause and some corrective consolidation after prices last Friday scored a six-year high, nearly reaching $1450.00.

The near-term outlook for gold as a safe haven metal seems fortuitous however, given geopolitical tensions are higher to start the trading week, on news that Iran’s military late Friday seized a British oil tanker near the Strait of Hormuz, apparently in response to the U.K. capturing an Iranian vessel a couple weeks ago.