You are at:Home»Core Equity Channel»Being Cautious With Small-Cap ETFs Like IWM 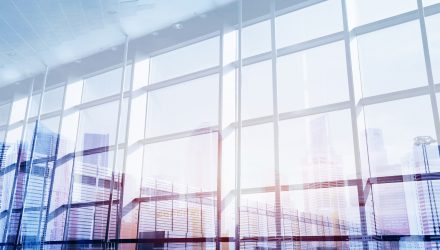 The iShares Russell 2000 ETF (NYSEArca: IWM), the largest ETF tracking smaller companies, is up more than 13% this year, but recently has given back some of those gains. IWM is lower by more than 4% over the past week, prompting some market observers to urge caution on small-cap stocks and the related ETFs.

“Global small cap stocks have had a strong 2019 so far, outperforming large caps by more than three percentage points,” said BlackRock in a recent note. “This is not a rally worth chasing, in our view. As the pace of the global expansion slows, we prefer large cap equities. We favor exposures to firms with quality markers such as strong balance sheets.”

Small-capitalization stocks have attracted a lot of attention on the escalating trade tensions, fueled by fears over a potential slowdown in global growth. Consequently, many anticipated that small-caps could weather the storm as large multi-nationals with a large global footprint suffered from trade disputes.

“Small caps tend to be more domestically oriented than large caps,” said BlackRock. “Their sector composition is slightly more cyclical, with greater representation in sectors such as construction, real estate and manufacturing.”

IWM, home to nearly $41 billion in assets under management, allocates almost 18% of its weight to financial services stocks and over 30% of its combined weight to the healthcare and technology sectors.

“Small caps have roared back to life, with only a modest recent bounce-back in PMI data,” according to BlackRock. “We attribute much of the small cap move to multiple expansion amid the fading of key risks to the macro outlook–higher rates and escalating trade conflicts. More dovish monetary policy guidance from central banks globally and a lessening of perceived geopolitical risk have provided relief for risk assets–and for small caps too.”

Related: Most Loved and Hated ETF Plays of 2019 YTD

“Small caps tend to have higher operational leverage and less diversified businesses than larger companies in the same sectors,” said BlackRock. “This leaves them less resilient during periods of decelerating growth and rising uncertainty, like the one we see ahead in 2019 as the U.S. economy enters a late-cycle phase.”