You are at:Home»Core Equity Channel»Is a Trade Deal Key to Market Continuation? 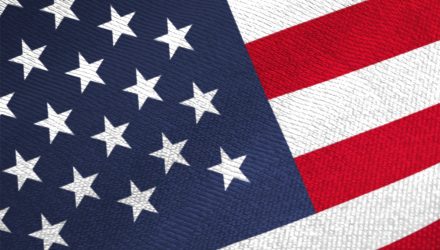 Is a Trade Deal Key to Market Continuation?

Ian Young December 11, 2019
Markets recovered from some hefty overnight losses on the heels of news that the House Democrats and the White House have reached a deal to advance President Donald Trump’s renegotiated North American Free Trade Agreement, House Speaker Nancy Pelosi announced on Tuesday morning. But the bigger long term trade deal, the one between China and the United States, is what continues to weigh on investors’ minds, and drives market fluctuations.
One question that has arisen repeatedly, is how much will a partial trade deal satiate markets, and what will happen if there is no deal on December 15, given that President Trump has made repeated claims he is in no hurry to make a deal, especially prior to the next election.
“I’m not a strategist, I’m a portfolio manager. I look in terms of what is the impact on the market. I don’t think we go a long way into next year with no trade deal. Could there be steps along the way. Yes I think there is. What is the impact on the market? I think if there’s no trade deal, the market’s up a lot this quarter, up a lot this year; we could have a market pullback,” said Andrew Slimmon, Morgan Stanley investment management managing director and senior portfolio manager on CNBC.
Despite Slimmon’s view that no trade deal could hurt markets, he feels that the damage could be contained by investors who have stood on the sidelines, waiting to get invested as the market ran higher without them.
“I don’t see a substantial decline because too many people want the market to pull back to get invested. And so I think the point is, there could be steps along the way a China trade deal, and that will be enough for investors to get invested in the market,” added Slimmon.
In the event that there is some kind of narrow trade deal, though, how much will it actually affect the markets?
Quincy Krosby of Prudential believes personal attacks between President Trump could actually be more deleterious to the market than a limited trade deal.
“I think it won’t hurt stocks. In other words I don’t think we would go into the market just for that. But that said it would provide a calm under the market. So what the market doesn’t need are these zigzags of almost ad hominem attacks from the administration, and then the Chinese side coming back. The market doesn’t need that because who is the market? The algorithm sense that immediately,” Krosby explained on the same interview.
While Krosby sees personal attacks as a possible force in changing market direction, she also believes that the political sphere will be a much bigger component in moving markets going forward.
“The campaign is heating up and I think it’s going to be difficult,” she said.
For more market trends, visit ETF Trends.