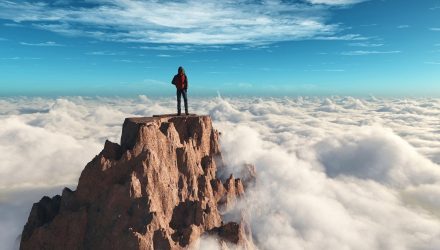 Could We Have Just Seen the Market Top in December?

Despite investors hesitant to jump on and ride this bull market, the longest bull run in history has gone far beyond most analyst’s expectations, notching a nearly 470% gain through November 2019 from it’s inception back on March 9, 2009. But the stock market’s poor start to December, a reminder of the pain of last year, has halted the market in its tracks, echoing the kind of euphoric rally that has marked the end of past bull markets, the notorious blow-off top.

Markets have recovered some of those losses today however, and many analysts still see this market as having some legs into 2020. Even after the Dow’s declines, the 30-stock average remains up nearly 20% for the year and remains within striking distance of its all-time high.

From mid-August and late November, stocks charged 10.5% higher in a 74-day race that seemed to be impenetrable by the surrounding negative headlines.

According to Ned Davis Research, the Dow has posted a median gain of 13.4% during blow-off tops dating to 1901. The median rally length was 61 days.

“Given the high valuations I see, plus these divergences between many different indices, I am aware that many bull markets have ended with a rally similar to what we have seen since August,” firm founder Ned Davis said in a note.

One unique aspect of markets is that they are driven by the human emotions of fear and greed. Nobody wants to miss out on a bull market move higher, but investors simultaneously hesitate from fear, seeing how the move has already traveled so far without them. As a result, they wait on the sidelines until suddenly the pain of missing out is overcome by to greed, causing investors to jump in with both feet, often at the top. This cycle is what drives markets higher and then allows them to come back to earth, sometimes in spectacular fashion, as Bitcoin demonstrated. As famous stock trader Jesse Livermore said, “Markets are never wrong – opinions often are.”

Stocks began December with a spike in volatility and subsequent plummet in markets.The Dow dropped 548.6 points in the first two trading days of the month amid renewed worries around U.S.-China trade relations. President Donald Trump said Tuesday he could delay a deal signing until after the 2020 election. This comment, coupled with negative trade rhetoric out of China, sent stocks tumbling.

Meanwhile, the VIX, which had been consolidating between 12 and 14 dropped to under 12 before Thanksgiving, only to rocket to 18 in the days immediately after, posting a stunning 56% rally.

“A pause after a two-month rally shouldn’t be surprising,” said Willie Delwiche, investment strategist at Baird. “And it shouldn’t preclude from strength over the latter half of December, which is when we tend to see seasonal strength for the month.”