You are at:Home»Core Equity Channel»Chairman Powell Could Change Market Direction This Week 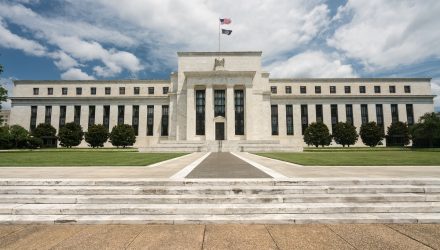 Federal Reserve Chairman Jerome Powell speaks again this week at the Jackson Hole Summit, offering the Fed Chairman an opportunity to set things right with the markets, following a comment he made nearly three weeks ago that sent stocks plummeting.

The central bank satisfied investor expectations with a quarter-point interest rate cut July 31, only to darken investor moods in the news conference that followed the meeting. Now experts are wondering how this week will affect the markets.

“Powell’s remarks have been a make or break moment for the markets this year. Two other times in January 4 and in June 4, we were pretty much in the same position we are now. The  market was thinking we were in a critical juncture on fed policy. Powell was making opening remarks at two different events, and he then diverged and said let me say a quick word about recent developments. And in three or four sentences, he told us in January that maybe they won’t cut rates, and then he told us in June that they’re ready to cut rates. Both of those instances the stock market was at 5% in the week after he made that. That’s virtually the whole rally. We’re at a third one now with Jackson hole on Thursday, when he is yet again giving the opening remarks,” said Jim Bianco president of Bianco Research on CNBC.
Following the midcycle-adjustment statement, markets plummeted, raking the Dow Industrials down 333 points by the time trading ended July 31.
Bianco believes the Fed should aggressively slash rates at the September Fed meeting, as the United States has vastly overpriced yields in his opinion.
“I think Powell should probably open the door for  the possibility of a 50 basis point cut at the September meeting. The marketplace has been very aggressive in pricing in a bunch of easing. It believes a policy rate is too high relative to the rest of the world. We’re the only place on the planet now where you can get more than a 2% yield among the developed countries. I’m of the opinion that that’s too high. The yield curve is inverted—the three month/10-year curve that is—is a powerful signal that rates have to come down. And if he disappoints the market like he did in July 31 when he didn’t go far enough, we could see another plunge in rates. We can see further movement down in yields and more volatility and problems in the market. He should move aggressively,” Bianco added.
For more market trends, visit ETF Trends.