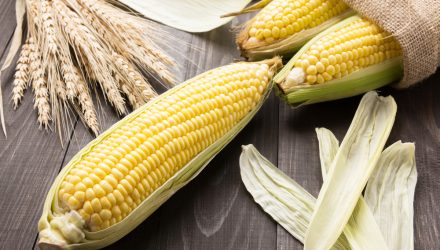 Wheat and corn futures-related exchange traded fund gained Monday after Russia’s missile attack on the seaport of Odesa in Ukraine cast a cloud over a tentative deal to open a corridor for grain exports out of the country.

Before the weekend strike, Russia, Ukraine, the United Nations, and Turkey previously agreed to allow grain exports out of Ukraine’s Black Sea ports, including Odesa, in a bid to mitigate the growing global food crisis, Reuters reported.

“A restart of Ukrainian exports will not only need a safe shipping channel, but also safe ports. The Russians have created doubt about the safety of ports hardly before the ink was dry on the shipping agreement. Doubt is there again,” one European trader told Reuters.

The sudden attack over the weekend sparked concerns that this window of opportunity to ship out grains may close sooner than expected.

So far, harvested grains are sitting in Ukraine, waiting on shippers to transport the product to overseas markets. The U.N. has already warned that the delays in Ukraine’s grain shipments could further exacerbate the global food crisis and contribute to higher food costs.

“Along with the uncertainty about how long it will take to clear the mines, ship owners will simply not sail to Ukraine, no matter what the freight rate is if they think their ship will be hit by missiles,” another European grain trader told Reuters. “Ukraine needs high-volume ocean ship exports to clear its storage for the new crop; the land and river exports to east Europe are not enough.”