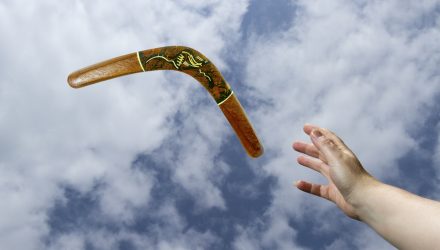 A Boomeranging 2022 For Energy ETF Flows

Energy equity ETFs have taken billions of dollars in outflows in the last two months.

The energy sector has been the only winner in a tumultuous 2022, with almost every other sector struggling and utilities barely keeping near a 0% return in the year’s first half.

However, the direction of flows to those funds have been anything but consistent for the net $1.66 billion that the sector’s gained. Let’s dive into FactSet’s data to see how aggressively money has moved in and out of these funds so far this year.

In, Then Out For Equities

Flows into the sector got off to a hot start in the first two months of the year. Inflation was already establishing itself as a key theme toward the end of 2021, and it only accelerated through the first half of this year.

At the same time, the energy industry broadly shifted toward returning capital to shareholders versus the debt-powered growth-at-all-costs mindset before the pandemic. The resulting supply-demand mismatch took West Texas Intermediate from approximately $75 per barrel at the start of the year to the mid-$90 per barrel level in late February before Russia's invasion of Ukraine sent prices as high as $130 per barrel. 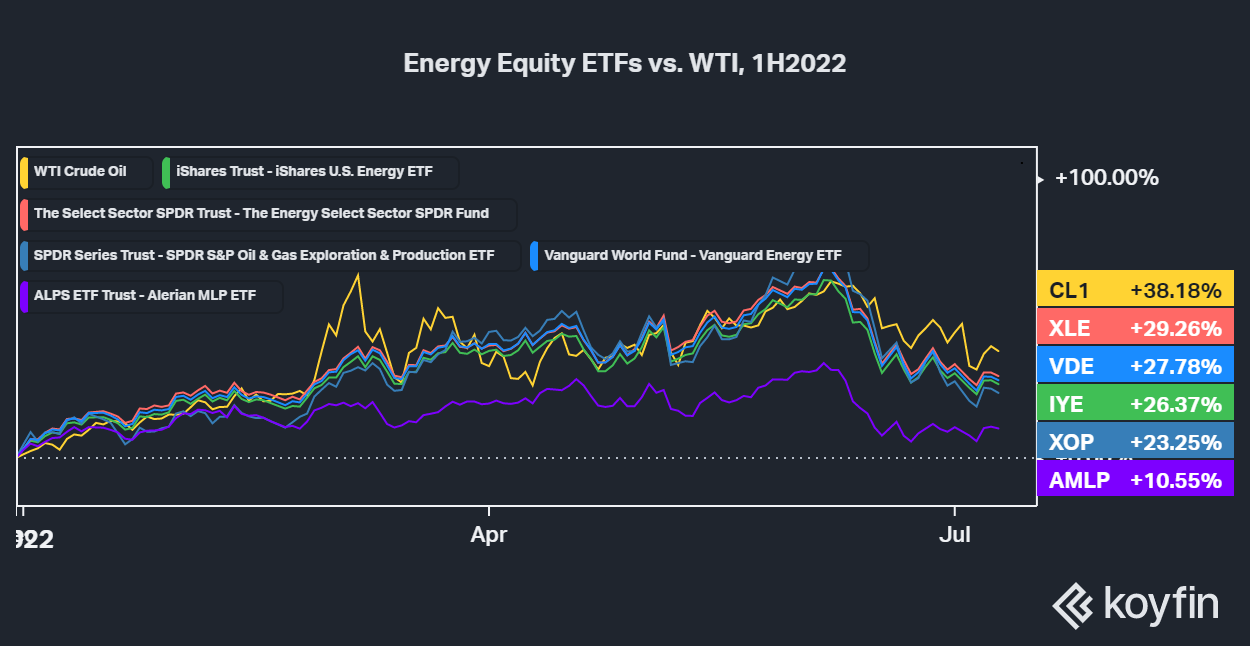 Energy firm stock prices came along for the ride, and investors followed. Approximately $4.16 billion flowed into energy funds in January and February, with the Energy Select Sector SPDR Fund (XLE) pulling in more than half of that figure.

Flows then tumbled to a net gain of $477 million in March, driven by an outflow of approximately $2 billion out of XLE in what appears to be a profit-taking move by investors who were set to take a 35% gain if they bought in January and sold at the end of March.

After a rebound in April, equity flows dipped deeply into negative territory in May and June. Almost $2 billion were pulled from energy funds in both those months, driven primarily by the fear of a recession causing demand destruction for fuel.

"I think it was just weighed down by the overall challenging market," said Andrew Gillick, managing director at RS Energy Group. "People are worried about a recession, and people worried about demand destruction because prices have been so high."

Gillick expects flows in the second half of the year to follow broader macroeconomic and geopolitical trends, along with the spot markets in oil and natural gas.

Equity ETF flows tended to follow the trend of spot oil prices, but commodity ETFs with direct exposure to futures contracts on oil, gas, or baskets containing energy commodities moved untethered to the price of oil.

Commodity-based ETFs with energy exposure took $870 million in outflows in the first half of the year, driven almost exclusively by a $735 million outflow from the United States Oil Fund (USO), which holds near-term contracts on crude. Reporting financial institutions sold off 18.6 million shares of USO in the first quarter of the year, according to regulatory filings compiled by WhaleWisdom.

USO brought in approximately $228 million in flows in March as oil prices soared due to the Russia-Ukraine war, only for the fund to lose $510 million in April.

"Perhaps they were still jaded from the 2020 USO debacle and roll costs," said Todd Rosenbluth, VettaFi's director of research.

That referred to when USO's managers changed its structure in April 2020 on short notice to allow it to hold more of its assets in contracts that expire further into the future. Open interest on West Texas Intermediate at the time was nearly a third greater than its 12-month average at the time, and COVID-related shutdowns in the U.S. meant there was less fuel being burnt and more oil being left in storage.

When it came time for those contracts to close out, traders were struggling to find counterparties with the capacity to take physical delivery of oil. The resulting pressure to exit those trades sent oil prices down to -$37 per barrel.

The SEC would later fine USO's managers $2.5 million for making the structure change without proper disclosure to shareholders.

ETF Store President Nate Geraci also noted that commodities tend to underperform over time because of the boom-bust nature of the energy business. That makes advisors uneasy about adopting commodity exposure as a part of a long-term investment plan for clients.

"Prolonged poor performance resulted in many advisors growing skittish on the commodity space overall, and it'll take more than the recent surge to get them interested," he said.