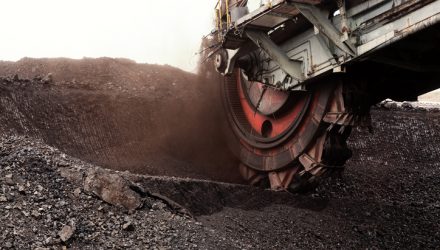 The VanEck Vectors Coal ETF (NYSEArca: KOL) is up more than 27% year-to-date and hit a 52-week high on Wednesday. An important fundamental catalyst has brought short-term relief to the previously beleaguered U.S. coal industry.

“United States coal sales abroad over the first three quarters of the year surpassed exports for all of 2016, according to government figures,” reports the New York Times. “Energy experts project an increase of 46 percent for the full year, adding more than $1 billion to coal companies’ revenues.”

Related: Gold ETFs May Still Have Opportunities to Shine