Evergrande is the second-largest property manager in China as of 2020 sales, but it has borrowed heavily to reach that position. Its current demise is a unique case, but it indicates potential issues in the real estate sector. While it just sold its stake in Shengjing Bank for RMB 10 billion/$1.55 billion to be able to pay off its debts, the overarching implications of its default and struggle most likely mean restructuring for the entire sector going forward.

Evergrande has been in a position of being highly leveraged with very weak liquidity for a long period of time, having leaned on Chinese financial institutions, suppliers, and the government for continued support. When those supporters and stakeholders lost confidence in Evergrande and began withdrawing their support, the company spiraled to its current position.

Nikko views the most likely outcome for Evergrande as a restructuring with some government intervention and facilitation. The Chinese government has to walk a fine line of dealing with a highly leveraged company while avoiding rewarding what Ahern called “poor corporate choices,” as this could encourage other businesses in the industry to follow the same path.

“We expect the government and Evergrande to focus on protecting the customer and supplier while ensuring an orderly restructuring for creditors who are likely to take the larger impact,” Leong said.

Evergrande’s exposures across credit markets include the equivalents of 1.1% of trust assets in trust firms, 0.1% of system loans carried by banks, 2% of JACI HY market value within USD bonds, and 0.18% of China’s onshore corporate bonds. While it has debt that carries through the credit markets, Nikko does not believe that it has the broad-reaching systemic impact that the Lehman collapse that sparked the financial crisis of 2008 did.

China’s mortgage market is structured differently, with mortgages remaining on banks’ balance sheets, and there have been strict restrictions and limitations on real estate policies in the last several years. China has conservative loan-to-value ratios (70% for first home buyers, 40–60% for second home buyers), as well as strict policies on buying homes in cities.

In the short term for the property sector, Leong anticipates slower sales growth “while margins will be lower as financing and regulatory measures remain tight,” he explained. “On the other hand, despite the tough market condition, the valuation of Chinese property companies in general have improved substantially.” 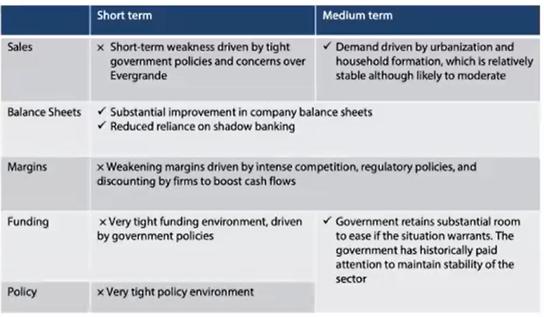 Property makes up about 15% of the Chinese economy, according to JPMorgan, and a 5% drop in real estate growth would only affect the national GDP by less than a percentage point for the year (0.6–0.7%).

The restructuring process will be “a really complicated process” said Leong, due to the size of the debt and the fact that it spans many sectors, but it is necessary to prevent this kind of situation from happening again. Those debts are currently being consolidated under one court to streamline this process.

“Beyond this current down cycle, we believe that the long-term demands for these sectors remain sound, even China urbanization drive as well as home formation which the government is pushing,” Leong said. 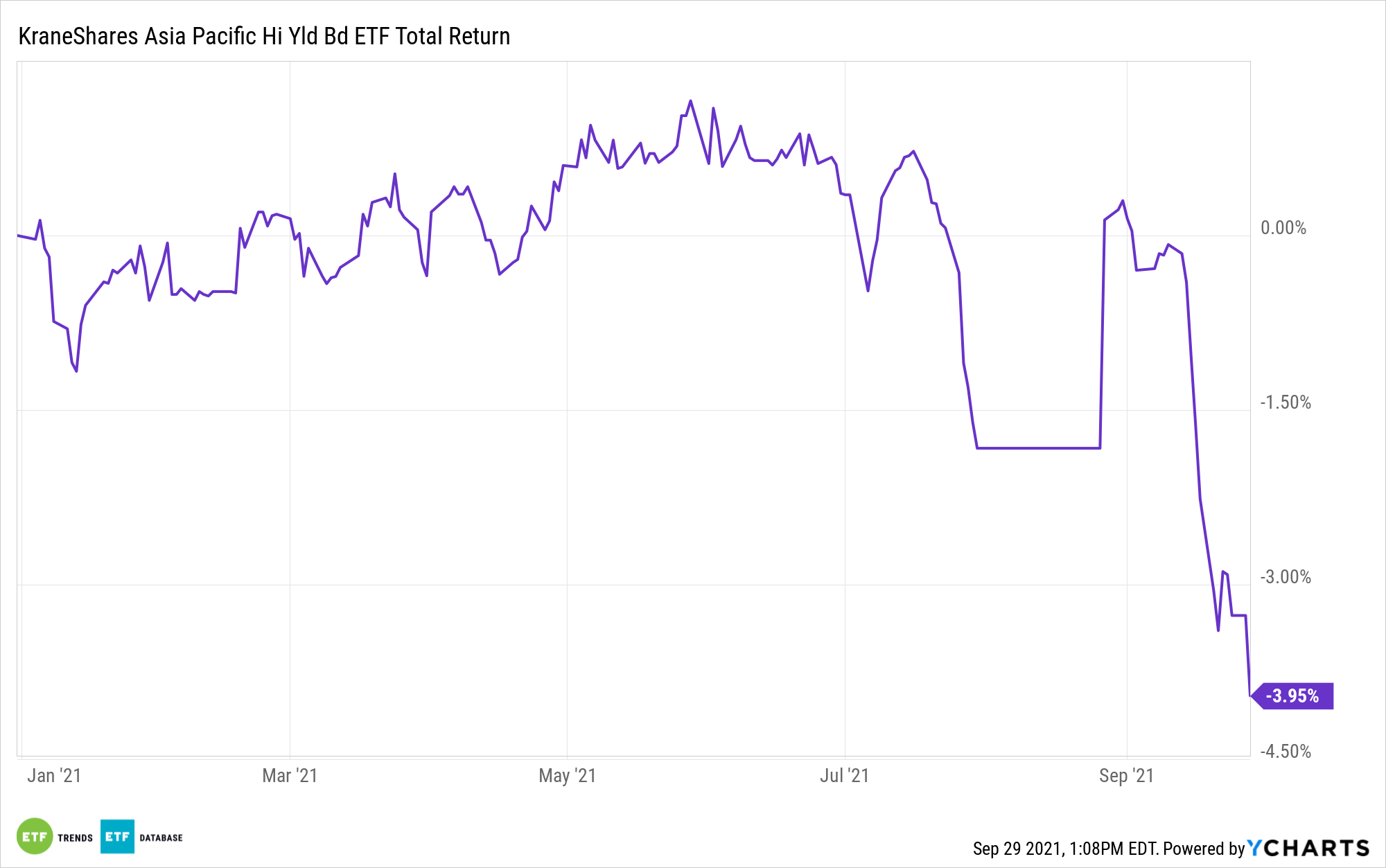 By moving the credit curve up, KHYB will be more defensive against the benchmark and have shorter duration bonds compared to the index. “This helps with minimizing the volatility,” Leong explained. When the bonds mature, Nikko can decide how and when it wants to redeploy and invest in new bonds, depending on market conditions.