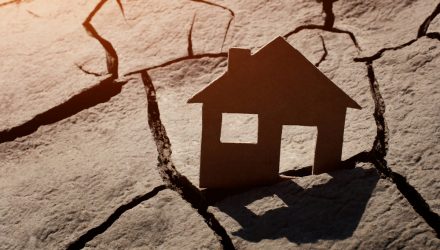 How Evergrande Could Play Out: A KraneShares Perspective

Evergrande has been all over the news lately, with speculation going every way as to how Chinese regulators will handle the potentially catastrophic failure of the world’s most indebted real estate developer. The company is due to make interest payments this Thursday that it doesn’t have the funds for; earlier in the week investors on the wealth management side were being paid in properties, reported the BBC.

Evergrande began as a real estate developer but currently has businesses in wealth management, electric cars, food and drink manufacturing, and the list goes on. In order to become one of the largest companies in China, Evergrande borrowed over $300 billion.

Real estate regulations last year that worked to limit the amount that real estate developers could owe saw the company selling off properties at huge discounts just to maintain cash flow. Now, it is struggling to pay interest payments on the debts it has.

“Evergrande reportedly owes money to around 171 domestic banks and 121 other financial firms,” the Economist Intelligence Unit’s (EIU) Mattie Bekink told the BBC. “The financial fallout would be far reaching,” if the company was to default, Bekink explained.

KraneShares’ CIO Brendan Ahern believes that there are three different ways the Evergrande situation could possibly play out.

The first, a bear-leaning perspective in which the company is allowed to default in a disorderly way, seems fairly unlikely. The Chinese government has made it clear in the past that Evergrande’s debt is one that should be resolved within the markets, and that it should also be done in a way that protects the system from risk and continues stable operations on Evergrande’s various projects. A default would cause significant stress to the economy, which the government would most likely want to prevent.

On the other end of the spectrum, a bull-leaning prediction is a full bail-out by the government, which also seems highly unlikely. Regulations by the government recently have worked to limit developers’ leverage within markets, and a bail-out would be counterintuitive to that precedent.

The most likely path seems to fall between the two extremes, with debt restructuring partially facilitated by the government. It’s a move that markets have anticipated already, with market prices of the company’s bonds having priced into earlier this year.

Additional moves by the government seem to indicate restructuring in the future, with lawsuits against Evergrande being centralized in a court in Guangzhou and the government’s request for feedback from banks about the formation of a credit committee.

Suppliers are currently the largest group of stakeholders, and Ahern believes that the government and Evergrande will work to protect customers and suppliers the most. Creditors will most likely be part of a restructuring and will be hit hard by Evergrande’s defaults, and regulations are likely to tighten even further for developers moving forward.

Why It’s a Good Time to Buy Into KraneShares’ KHYB

Nikko Asset Management, a partner of ARK Investment and one of the largest asset managers in Asia, recently became the active manager for KHYB. One of its first moves as sub-advisor was to divest the fund of its position in Evergrande.

“Given the potential systemic risk implications from Evergrande, as well as a continued very tight policy environment, we have reduced sector exposure to China real estate and moved up the credit curve,” Ahern explained regarding how KraneShares has responded to the Evergrande situation.

“As for the overall exposure to Real Estate, due to the investment guidelines restrictions that we have to adhere to, we can only keep it within +/- 5% (smaller Fund weight 41.5% vs BM weight of 45.3%),” Ahern explained. It’s a fund that will see downward action, and it’s a great time to buy at value, with the prospect of the government stepping in to take action and help level things off in the long term.