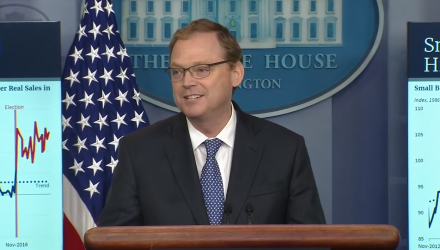 The recent economic growth is due not to trends that began under former President Barack Obama’s presidency, but rather spurred by the election and policies of Donald Trump’s presidency – that’s according to Kevin Hassett, Chairman of the Council of Economic Advisors.

“I would assert that if you look at the collective body of evidence, the notion that [the economic growth]we’re seeing right now is just a continuation of recent trends is not super defensible,” Hassett concluded.

Hassett also defended the 2017 tax cuts, stating that many of them will actually pay for themselves in the long run.