You are at:Home»Investing»Canopy Growth to Release New Products 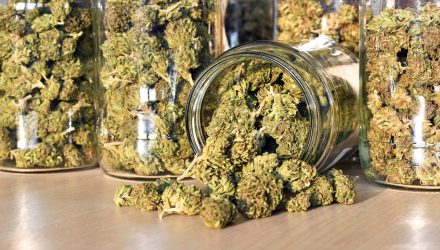 Marijuana stocks in general have declined since Canada legalized marijuana for recreational use a little over a year ago. While investors have been caught up in trying to identify the next big trend, valuations and sector-wide issues, including regulatory problems and accounting errors have plagued pot stocks. Canopy is no exception as its stock is down 57% since Oct. 17, 2018.

Earlier this year, Canopy also removed co-CEO Bruce Linton, who had worked fiercely to build the company. Among other things, Linton created brand partnerships and secured the deal with Constellation Brands earlier this year. Constellation’s core business remains in the manufacture and sale of beer, wine, and spirits, but the company owns a stake in Canopy Growth as well. Linton’s removal was a sign that Canopy’s had gotten more severe than some investors, including Constellation, could tolerate.

Canopy Growth is broadening its expansion after Cannabis 2.0. Canada completed the second phase of recreational cannabis legalization on October 17. The marijuana company had earlier discussed its edibles and vape expansion plans. On October 29, the company announced that its new cannabis products would be released to retail shelves in late 2019.

The company is set to launch 30 pot-infused products in the market later this year, including beverages, edibles, and vapes. Canopy also plans to roll out 32 targeted items by year end and eventually add 20 more over the following 12 months. It will also include distilled cannabis that can be used in mixed drinks.

In an interview with Cannabis Canada, a part of BNN Bloomberg, Canopy Growth’s president, Rade Kovacevic, said, “What you’ll see is our new products will come to market on retail shelves across late December, early January, based on the province.”

Canopy has long been the largest pot company by market cap, but it faces the same fundamental challenges that many of its peers do, to differentiate itself and its products in a retail industry, and ultimately turning a profit.

The Global X Cannabis ETF (NASDAQ: POTX) contains Canopy among other pot stocks, and is the newest member of the marijuana ETFs universe having debuted last month. POTX came to market at a time of struggles for cannabis stocks and the related ETFs and it has scuffled since coming to market, but the clouds that have recently besieged the marijuana ETF space could be ready to part.