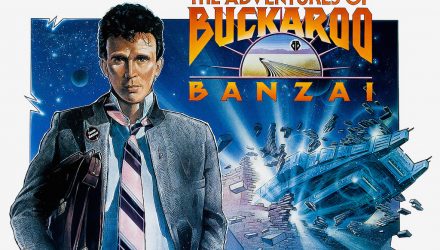 Can Your ETF Go Negative? Is That Possible?

This may sound like a ludicrous question, but it’s one that keeps coming up. I’ve had at least half a dozen conversations and email exchanges with folks about it. So let’s walk through what’s been going on in “index” land and how it forces the ETF nerds among us to take it seriously.

Character is What You Are In The Dark

It’s safe to say that in the past month or so, the definition of what passive management even means has become itself debatable. As I covered on April 17th, or what feels like the late Jurassic period, S&P Dow Jones Indices decided, somewhat capriciously in my opinion, to simply skip or postpone the rebalance and reconstitution of virtually their entire index complex: factor indexes, cap weighted, equal weighted, domestic, international, real estate, thematic, you name it.  On the other hand, competitive index companies didn’t make this call, and MSCI has even announced ahead of time it plans to carry on with it’s regularly scheduled May updates.

Market pundits — including myself — criticized this move because it essentially puts the idea that these indexes are “passive” out to pasture. That doesn’t mean that indexing has nothing to offer.  On average, index funds still outperform active managers, are more tax efficient, have lower turnover, and cost substantially less.

But perhaps the most egregious example of the “accidental active” meme we’re in the middle of is what’s happened to the U.S. Oil Fund (USO). As we continue to cover, USO has had to radically alter their actual investments because their stated objective — tracking front-month oil futures — has become untenable after the world has now realized that futures contracts can trade negative. Whether the fund should/shouldn’t do that, or even should or shouldn’t exist anymore is a topic for another post, but the more interesting hypothetical here is this: what would happen if a fund — any fund — owned assets that suddenly had a negative value.

The point of funds is to own assets on behalf of shareholders. This is true for pretty much every kind of fund out there, from leveraged VIX funds to money market funds. From a fund accounting perspective, calculating the Net Asset Value of those assets is ludicrously simple on paper: You add up the value of all the assets, you subtract the liabilities, and you divide by the shares outstanding. You do this every day or even intraday. It’s a spreadsheet.

But here’s the thing, some financial instruments have an associated liability. Futures are the most obvious example: a futures contract is inherently an obligation. If you hold it until the end, you either have to take delivery of something, or you have to provide delivery of something. Depending on the price, there’s always a winner and a loser when it comes time for expiration, and many contracts (say, VIX futures) settle up in cash.  Many other contracts settle physically — which is what we saw with oil. To avoid taking delivery, the contract holder has to sell the contract.  There is no way to walk away simply, and thus we had the bizarre situation where the long futures contract — to take delivery — stopped being an asset, and became a liability.

Very few financial instruments have this possibility.  Stock can’t go negative, no matter how bankrupt the company goes.  Neither can a bond. So what, other than physically delivered commodities futures, can make the flip?

All of these seem pretty unlikely to wipe out a fund on their own, but we’re living in weird times, so poking the edges of the possible doesn’t seem like a purely intellectual exercise.

So what then would happen if a fund owned assets that flipped into liabilities?  The math is the same — you add up your assets, you subtract your liabilities. I can’t come up with a reason for this to have to be a positive number, by law or regulation.  So yes, I believe, theoretically, you could have a negative NAV.

So What? Big Deal.

Then the real question becomes “So What.” As an investor, I feel confident in saying that you, as a shareholder, are in the clear.  There is no mechanism for a fund to claw back money from investors. The 1940 act and partnership law pretty much insulate the investor from any claims against the trust or limited partnership. That’s a massive part of why those structures exist in the first place — to shield end investors from liability. USO’s prospectus even confirms that “A limited partner will not be liable for assessments in addition to its initial capital investment in any of USO’s shares.”

So if a fund’s assets are no longer higher than the liabilities, what would the practical implications of that negative NAV be?  Honestly, I think it’s untested ground.  Certainly, no brokerage system I’ve ever seen allows you to enter in a negative price for an exchange-based trade, nor do shareholder servicing platforms for traditional mutual funds allow for negative NAV transactions. Put simply: stuff would break.

That’s why the folks at United States Commodities Funds are bending themselves into knots to avoid owning any futures contract that looks like it could even potentially go negative, and why Barclays announced they’re shutting down OIL, and why S&P is also rejiggering the biggest commodities index, the GSCI, out of June oil futures as well.

‘Cause nobody wants to be the guinea pig here.