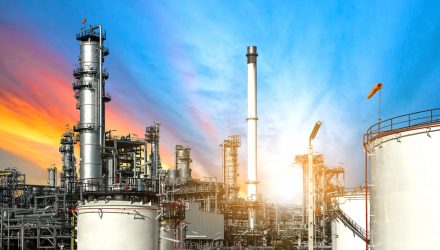 West Texas Intermediate crude oil futures plunged, again, on Monday after USCF Investments said it would sell all of its short-term contracts in its popular oil exchange traded fund due to regulatory pressure.

In a regulatory filing, the United States Oil Fund stated it would sell all of its futures contracts for the delivery of oil in June, or 20% of its $3.6bn portfolio, across over a four-day period, the Financial Times reports.

The oil ETF said it made the move due to “evolving market conditions, regulatory accountability levels, and position limits being imposed on USO with respect to oil futures contracts”.

“By selling shorter-dated future contracts and investing into longer-dated contracts, they are putting pressure on the front WTI contract,” Giovanni Staunovo, a commodities analyst at UBS, told the Financial Times.

Monday’s plunge in oil markets comes one week after U.S. crude prices for the first time ever dipped below $0, reflecting buyers’ attempts to take physical oil off their hands at any price. The price declines also came during a day before May WTI contracts were set to expire, so buyers had to take physical delivery of the oil.

The CME Group imposed limits on the amount the USO can hold in the June contract, along with its subsequent months. Last week, CME said USO could not hold a long position of over 15,000 contracts for June, of more than 78,000 in July, 50,000 in August, and 35,000 in September. The fund had 150,000 June contracts prior to Monday.

Market observers, though, argued that placing restrictions on short-term futures contracts would do little to change the volatility.