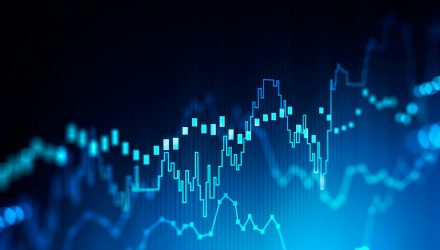 Can Big Tech Earnings Save Stock And Index ETFs?

The stock market was pulverized on Wednesday as mounting virus cases and election uncertainty drove investors to safe havens like bonds and cash, but can Big Tech earnings reports save the day?

In an echo of Monday’s action, all three of the key benchmark stock indexes caved yet again on Wednesday, in what appears to be a brutal conclusion to October trading. The Dow Jones Industrial Average plummeted  another 943 points, or 3.4%, while the S&P 500 fell 3.53% and the tech-heavy Nasdaq gave up 3.73%.

In the past, valuations have had a dramatic effect on the market, with tech stocks driving benchmarks like the S&P 500 and its corresponding ETF, the SPDR S&P 500 ETF Trust (SPY), higher. But that may be changing according to analysts. 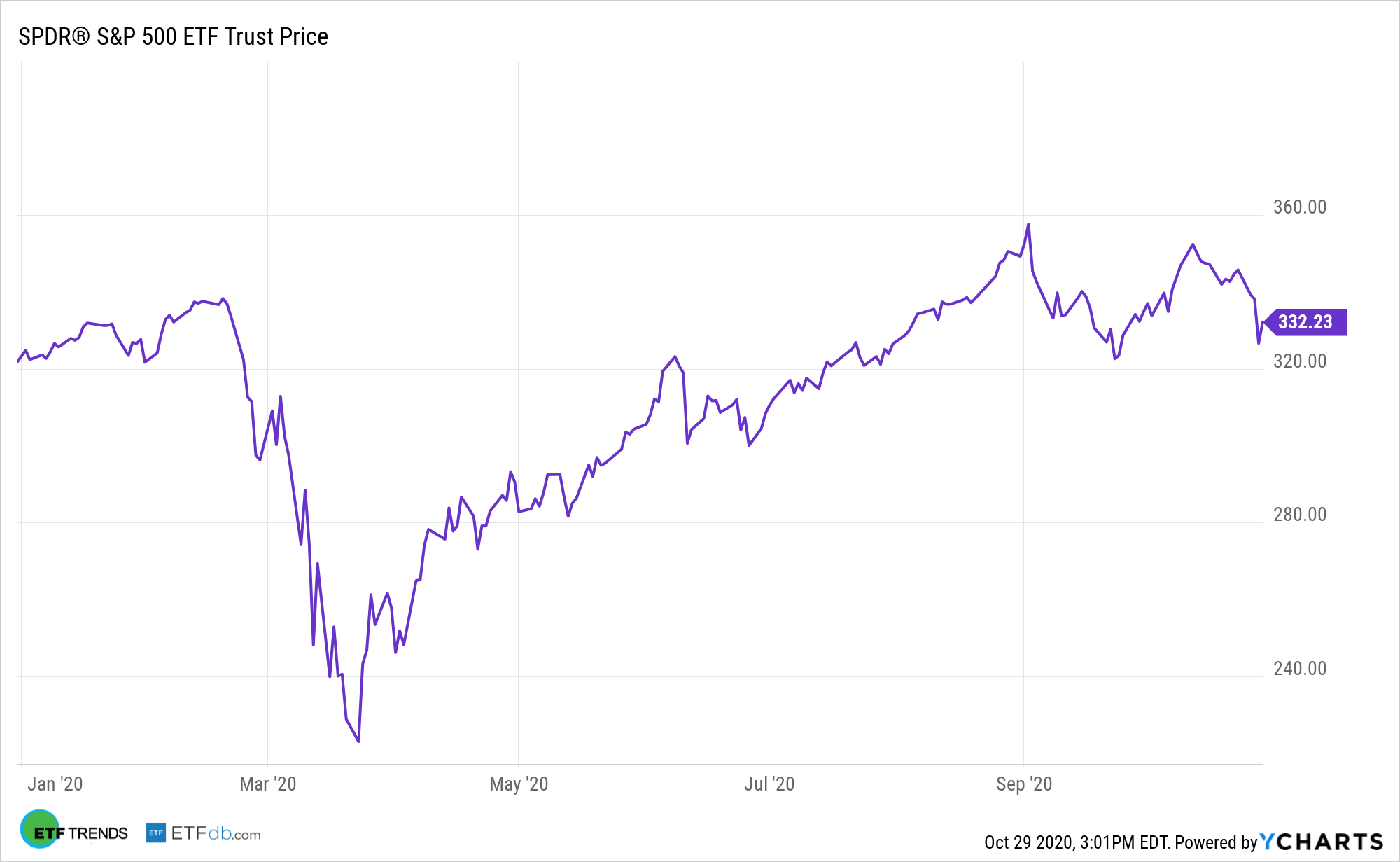 “I think it may be we’re beginning to see a sea change about tech valuations,” said Peter Boockvar, Chief Investment Strategist at Bleakley Advisory Group. He noted that tech giant Microsoft’s earnings were better-than-expected Tuesday, yet its just inline guidance still allowed the company’s shares to lose 5% Wednesday in the market blood bath.

Microsoft’s sell-off was red flag for Big Tech according to analysts.

“As soon as Microsoft got sold on strong news yesterday, some of the FOMO [fear of missing out]left these stocks…That’s when you started to see sellers come back to big cap tech,” Redler said. If the market goes low enough Thursday and the tech earnings are strong after the bell, that could be the set up for an oversold bounce.

Key FAANG stocks like Apple, Alphabet, Amazon and Facebook, which have fueled the market’s gains from the March lows, are set to report earnings after Thursday’s close. Twitter also reports Thursday afternoon. Big Tech has taken a significant role in the broad market. Apple for instance has a monstrous, $1.9 trillion market cap, and because it is included in the Dow, S&P 500 and Nasdaq, any sign of weakness could be problematic for the benchmark indices and their related stock ETFs, like the iShares Core S&P 500 ETF (IVV).

Can Big Tech Continue to Save Others?

Boockvar said he’s beginning to see signs of a change in attitude about the group of large tech and social media names. “I’m seeing signs of it, but we’ll have to see how the market responds when these very expensive stocks report. The bar is high. We know that, but even if you exceed that bar, it seems valuations are beginning to matter.”

Other analysts are also worried that without a positive reaction to tech earnings stocks could cave even further.

“If the market can’t react positively to Facebook, Amazon, Google and Apple, what’s it going to react positively to? Plus people probably won’t have much conviction even if the reports are good. They still want to see what happens in the following week,” said Scott Redler, Partner with T3Live.com.

The confluence of problems, including a lack of stimulus, a surge in Covid-19 cases, and a contentious presidential election could drive markets even lower say analysts.

“This is just a perfect negative storm right now,” said Julian Emanuel, head of equity and derivatives strategy at BTIG.

Prognosis for the Coming Weeks

Emanuel sees the sell-off continuing into the election, and even beyond it if there’s no clear-cut winner.

“Price reaction to almost all of FANG reporting after the bell Thursday could make this more extreme,” he said. FANG stocks include Facebook, Amazon, Netflix and Alphabet, but the group of high-fliers has also come to include Microsoft and Apple.

Other analysts agree that more downside could be likely even with Big Tech showing positive earnings.

“Downside momentum seems to be building here. People just want out,” said Chris Rupkey, Chief Financial Economist at MUFG Union Bank. Rupkey points out that the sell-off is happening as Big Tech CEOs like Twitter’s Jack Dorsey testify before Congress, but traders did not tie the decline in Nasdaq to that hearing.

“It’s the increases in virus, and its some of the tech leaders have fallen off. We never really regained back to September, and those September highs were all made on tech,” Rupkey said.

“For the time being, we think the pressure will remain on the market with an eventual retest of the 200-day moving average, either before or after the vote,” Emanuel said.