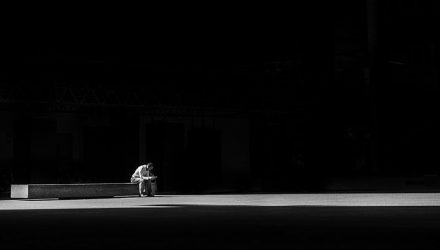 Bull Markets Don’t Die of Old Age, But Rather Killed by Federal Reserve

It’s often been said that bull markets don’t die of old age, but rather they’re killed by the Federal Reserve. This time would appear no different. Having raised the Federal Funds rate 25 basis points in June, after having hiked 25 bps in Q1, the Fed appears intent on “normalizing” the cost of money here in the US, despite the distinct absence of general price inflation (as opposed to asset price inflation, which we’ve discussed in past letters) in our economy.

Despite the US being at what the Fed would consider “full employment”, both consumer and producer prices remain well behaved, while the real driver of inflation, wages, are growing at a modest rate. As we’ve mentioned in the past, if there is a risk to this current Goldilocks environment we find ourselves in, an inflation scare is near the top of the list. 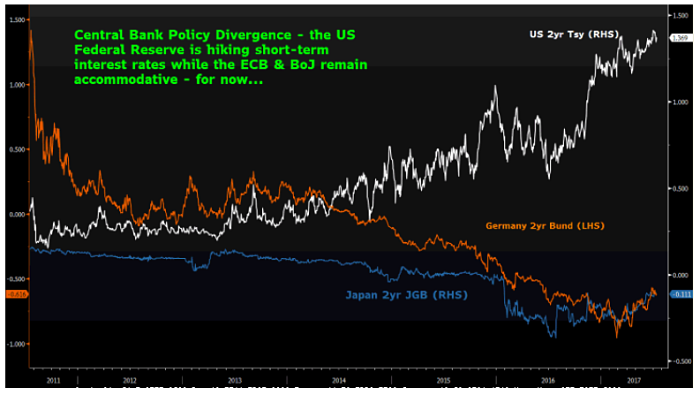 As can be seen in the above chart, we’re beginning to see a real divergence in interest rates across the US, Euro area and Japan. With the US Federal Reserve (the Fed) actively pursuing a more hawkish interest rate policy, the European Central Bank (ECB) has only recently hinted at an end to its quantitative easing (QE – aka money-printing!) efforts while the Bank of Japan (BoJ) remains firmly dovish while promoting Abenomics.

In May of this year, ECB President Mario Draghi acknowledged what many of us already knew, that the Euro area was recovering nicely and was poised for further growth.

Nottingham’s steadfast belief in global diversification was finally rewarded as foreign markets rallied strongly in the first half of 2017, easily outpacing the robust gains realized here in the US.

With returns having lagged those in the US consistently since the Great Recession, we think foreign markets have a long runway ahead. Despite the political rhetoric over Brexit and the still precarious financial position of some of the southern countries in the Eurozone, most valuation measures we look at favor international over domestic equities. As the chart below illustrates, based on the relationship between a country’s total stock market value to the value of the goods and services it produces, the US is trading far richer than many other areas around the world, despite, and in part due to, the lackluster domestic growth we’ve witnessed over the past few years.