You are at:Home»ETF Strategist Channel»BRIC Countries: How Are They Doing Today? 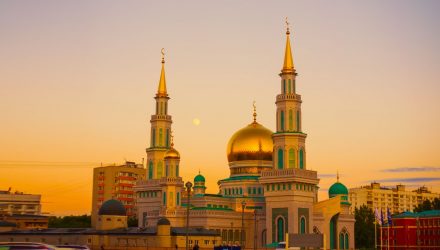 BRIC Countries: How Are They Doing Today?

Exposure to emerging markets constitutes a significant strategic opportunity for U.S. investors. With any investment, the rewards and risks are directly related.

In the case of those countries classified as Emerging Market, numerous economic and financial changes have occurred over the past decade. The financial crisis and the end of the commodities boom are two phenomena that affected emerging markets profoundly. In this series of papers, we focus our attention on the four most important emerging-market economies, considering both size and growth potential: Brazil, India, Russia, and China.

Although Goldman Sachs initially bundled these countries together as the “BRICs” 16 years ago, the economic and equity market performance of each of these countries has been significantly different. Understanding the drivers of both the business cycle and market cycle is paramount to achieving investment success. Figure 1 shows the market volatility of the MSCI BRIC equity index. This market volatility provides the empirical evidence of the BRIC opportunity.

Our series on the BRIC countries continues with Russia. The period 2014-2016 was a tough one for the economy, where oil prices and geopolitical events played a major role. But we have seen positive signs of recovery lately.

Amongst the four BRIC economies, Russia stands out because of the increased role that geopolitical conflicts have played. While China has been able to remain on good terms with the West – despite serious problems like the South China Sea territorial disputes –, Russia has been at odds with the US, the EU, and other Western powers. Diplomatic relations with the West have been especially tense after the Ukrainian crisis in 2013. The US, the EU, and some of its allies have imposed tough economic sanctions on Russia since March 2014, in retaliation for Russia’s intervention in Ukraine and what they deem the illegal annexation of Crimea. Coupled with falling oil prices, the Russian economy was subjected to a double shock that sent it into a prolonged recession. Nonetheless, it is now emerging from it, with strong economic indicators in recent months to attest it.

When the Soviet Union dissolved in 1991, Russia formally became a sovereign state. Boris Yeltsin became president, having been elected by popular vote a few months before to head the Russian Federation within the USSR. Despite the hopes that Russia would embrace liberal democracy, today the West considers the Russian Federation’s government an authoritarian regime, where fair elections, independent courts, and free speech are lacking. Moreover, it is perceived as a corrupt country, with power concentrated in the hands of bureaucrats and a small but loyal oligarchy. Two political eras can be distinguished in post-Soviet Russia: the Boris Yeltsin era (1991-99), and the Vladimir Putin era (2000-present). Mr. Putin is the current president of Russia, serving his third term since 2012, with a brief interregnum where he served as prime minister (2008-12).

Economically, Russia has not had an easy ride. The 1990s saw more than one crisis, with the one in 1998 being the worst (see figures 2 and 3). In a nutshell, the country was forced to devalue its currency as reserves dwindled (the exchange rate was fixed) and default on its domestic debt. The Asian financial crisis of the previous year and falling demand for oil were major triggers, but not the only culprits. The inflation, GDP, and interest rate time series charts all provide evidence of the economic turmoil the country experienced at the time. However, as oil prices recovered (relatively fast), also did Russia’s economy. The early 2000s were a time of economic bonanza. The next major crisis came in 2008-2009, which became the worst since the dissolution of the USSR. Besides the crisis affecting the economy worldwide, the price of oil plummeted, and the country was facing increased uncertainty after the five-day war with Georgia in August 2008.

Nowadays, Russia is just recovering from yet another recession (2015-16). The country experienced negative growth rates for two consecutive years – seven consecutive quarters – as capitals fled, the currency lost value, oil prices dropped, and sanctions were introduced. GDP receded 2.8% and 0.2% in 2015 and 2016, respectively. Consumers were specifically hit by soaring prices that severely hurt their purchasing power. It is estimated that more than 3 million Russians slid below the poverty line as a result. The total number reached 19.8 million in 2016 – more than 13% of the population –, unseen since 2006. (Nevertheless, the number was more than 40 million in 2000.) However, the economy has picked up since Q4 2016 and the outlook is now much better. Russia is experiencing a slow but progressive recovery.

It is worth analyzing the most recent crisis, as it sheds light on some of the most important aspects of the Russian economy, as well as some of the most pressing problems and challenges it faces. We choose, rather arbitrarily, to focus on four critical factors, although all are somehow related to each other:

The sanctions currently in place trace back to the Ukrainian crisis. A revolution erupted in Ukraine at the end of 2013 and beginning of 2014, which led to the ousting of pro-Russian President Viktor Yanukovych. Towards the end of it, Russia intervened with military forces in Crimea, a Ukrainian territory – where a majority of people are ethnic Russians, however. After a few weeks of social turmoil, a referendum was held, and Russia annexed Crimea. The West considered the annexation to be illegal and imposed economic sanctions on Russia. (On top of this, there is the issue of Russian support for separatists in eastern Ukraine.) These have been in place since 2014, and have gotten tougher. The last round of US sanctions was passed in July 2017, in response to the alleged interference of Moscow in the 2016 American presidential election. They affect individuals – including prominent businessmen –, as well as big companies such as banks and energy firms. Financial transactions have been heavily affected, trades of certain goods halted, and assets have been frozen. Finance, energy, and defense have been amongst the hardest-hit industries. The sanctions have compounded the effects of falling oil prices, hurting exports and overall GDP. Additionally, both affected the value of the currency, which in turn made inflation soar, to levels unseen since the 2008 crisis (see figures 5 and 6).

Russia’s ability to counterpunch has been limited. Although it retaliated by banning certain goods from the Russian market, the US was not gravely affected, as less than 1% of its exports go to Russia. For European countries it has been different. For example, Germany and Italy are Russia’s third and fourth largest trade partners. There has been some pressure in Europe to lift sanctions (or at least not make them harsher). On the other hand, the EU is in greater need of showing resolve against any Russian expansion in Europe. Currently, nothing is pointing to a change in the EU’s policy towards Russia. In fact, sanctions were extended in June of this year for another six months. Simply put, there is no end in sight for economic sanctions.

Coupled with the sanctions was the steep decrease in the price of crude oil in 2014. The price of Brent crude plummeted from $115 in June 2014, to $46 in January 2015, to $27 in January 2016 (see figure 7). Oil prices went down not only because of a decrease in demand (due to a slowing world economy), but also because of the increased production in other countries (more below). Even though Russia – a non-OPEC country – agreed with OPEC to reduce its output in November 2016, daily production had already reached record levels that year given OPEC’s push, led by Saudi Arabia, to defend its market share from non-OPEC competitors. However, OPEC has stopped increasing its daily production, helping oil prices to stabilize. The price of Brent crude has been above $50 since the end of July. One of the main drivers behind the production increase mentioned above is the shale revolution, which has elevated the US to major oil producer, with only Russia and Saudi Arabia pumping more. The tug-of-war between OPEC and shale represents a major threat to one of Russia’s foremost sources of revenue. The need to diversify its economy is now even more urgent. Russia is too dependent on oil and gas exports, which together account for around two-thirds of exports every year. Most of these go to Europe: 60% of crude exports and 75% of natural gas exports in 2015, according to the U.S. Energy Information Administration. In fact, petroleum products and crude oil are the main export sales; natural gas is important, but not nearly as much.

The World Bank ranks Russia 40th in its 2017 Ease of Doing Business ranking, by far the best amongst the BRIC countries. (China is 78th, India 88th, and Brazil 123rd.) But of course one of the main problems in Russia is that of weak institutions, which directly impacts investors’ confidence and thus foreign investment. Property rights, to give an example, are still not as strong as they should be. The lack of reforms, along a foreign policy that has led to severe economic sanctions, is holding Russia’s economy back. For instance, it makes it harder to reduce the economy’s dependence on oil.

This does not mean that nothing has been done. Lately, the government has taken action to control the budget deficit problem, exacerbated by economic sanctions and the decline in oil revenues. Fiscal policy has become tighter as the government has acknowledged that it needs to spend less. Beyond this, other measures have been implemented. For example, the government sold a 19.5% stake in oil company Rosneft (Russia’s biggest oil company) for more than 10 billion euros to foreign investors. However, it is still not clear who exactly bought this stake, a sign of the lack of transparency, at best, that is still so prevalent in Russia. This opacity and an excessively centralized administration are problems the government could directly tackle, even in the presence of sanctions. The same goes for increased investments in infrastructure, education, and R&D. Finally, an aging population will also become a problem.

One of the main sources of instability for Russia’s currency comes from its dependence on oil (see figure 8), which is sold in dollars. The volatility of the latter translates into volatility for the former. When oil prices are falling, there are fewer dollars in the economy and hence the ruble weakens. (The silver lining: oil revenues measured in the local currency suffer less if the currency is losing value.) Additionally, the currency immediately felt the effect of the 2014 sanctions, as markets lost confidence in the country. Russia defended its currency by both using foreign reserves and dramatically raising interest rates. The latter tripled over the course of less than a year, with a hike of 650 basis points at the end of 2014. Although it made sense as a means of defending the ruble, a measure like this would only deepen the recession the country was suffering. Figure 9 shows the value of the currency during the last 25 years, and figure 10 plots the prevailing interest rates.

Signs of recovery were first perceived in 2016. Even though still in recession, the economy was not shrinking at the levels of 2015. The last quarter of 2016 put an official end to the recession, and growth for 2017 is expected to be positive. Higher oil prices and lower interest rates will help consolidate this upward trend. A stronger ruble has helped stymie inflation (lowering the price of imports), which is at historically low levels for post-Soviet Russia, only slightly above the central bank’s target of 4% for this year. This has, in turn, allowed the monetary authority to trim interest rates aggressively during 2017, which should aid the economic recovery the country is experiencing. We can expect, nonetheless, that the central bank will proceed cautiously, aware that lower rates make taming inflation harder. Besides monetary accommodation, making the economy more open would also expand economic growth, but the sanctions are for now a huge barrier preventing this. Another sign of recovery is offered by the unemployment rate: it has been reduced considerably since the crisis of 2008-09, hovering around 5% in the last few months (see figure 11). Overall, the government expects GDP to expand by 2% in 2017, while the IMF, less optimistic, says 1.4%.