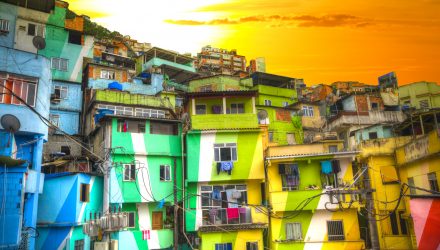 After rallying in July, EWZ has given back all of those gains and then some, slumping more than 15% in August, prompting investors to head for the exits.

“The $6 billion iShares MSCI Brazil ETF, or EWZ, has had about $710 million of outflows in August, the most in its history. The BlackRock Inc. fund, which started in July 2000, hasn’t seen a day of inflows since June 18,” reports Bloomberg.

Political volatility and slumping commodities are among the factors weighting on Brazilian finanicial markets.